Achondroplasia is a form of short-limbed dwarfism or short stature that has abnormal maturation of growth plate chondroblasts.

However, the actual problem in achondroplasia is not formation of the cartilage but ossification.

How Common is Achondroplasia?

Achondroplasia is the commonest type of dwarfism and is associated with short limbs, a large head and often with trident hands. Its incidence is about 1 in 30,000 live births.

How do People Inherit Achondroplasia?

Achondroplasia is inherited in an autosomal dominant pattern.

This means means one copy of the altered gene  in each cell is sufficient to cause the disorder.

80% of achondroplasia occurs as a result of new mutations in the FGFR3 gene.

Remaining cases occur due to inheritance of altered FGFR3 gene from one or two affected parents.

If a person inherits both defected copies, the achondroplasia in those persons is very severe causing extreme shortening of the bones and an underdeveloped rib cage. These individuals are usually stillborn or die shortly after birth from respiratory failure.

There is a disturbance in the division and maturation of growth plate chondroblasts causing a deficiency of chondroid and an inhibition of normal enchondral growth. The limb bones are affected but the trunk is relatively normal.

The degree of severity of each deformity varies and, when it is inherited, the same characteristics appear in the affected offspring.

The typical features of the disease are present at birth which helps to differentiate it from dwarfing associated with mucopolysaccharidosis or dysplasia epiphysialis multiplex.

The cause of the inadequate cartilage development is unknown.

There is no evidence of any endocrine disturbance.

The growth plate is not as thick as normal but has a greater circumference. There is a shortage of chondroblasts which are irregularly arranged with the failure of columnization.

Adequate bars of calcified chondroid fail to form and ossification is sparse and irregular. Periosteal ossification is normal or excessive so that the cortex of the metaphysic appears to embrace the adjacent part of the epiphysis.

Dwarfism in which the reduction in height is due almost completely to shortness of the lower limbs is the most striking feature and is obvious in infancy.

The mature adult is usually less than 100 centimeters in height and the mid-point of the body is always above the umbilicus. The limbs are strikingly short in comparison with the trunk and the fingers do not reach below the greater trochanters.

Standing height is below the third percentile whereas sitting height, a measure of trunk length, is within normal limits.

The head is large and the nose is flattened, suggesting hydrocephalus which is sometimes also present. This appearance arises because of lack of growth of the intersphenoid and sphenoid occipital synchondroses which ossify in infancy. The mandible is almost normally developed and appears to be too large.

Trunk growth is less inhibited than that of the limbs, but the spine may show increased lumbar lordosis, exaggerated by fixed flexion of the hips and some thoracolumbar kyphosis, though seldom as great as in metatropic dwarfism or mucopolysaccharidosis.

Scoliosis develops in late childhood in 25 percent, and 70 percent of achondroplastics have some spinal deformity.

The pedicles grow inadequately and there is constriction of the spinal canal which, together with deformity, may result in paraplegia in adult life and sometimes in childhood has found that spinal stenosis or narrowing of the foramen magnum results in the development of neurological disturbances in 40 percent of achondroplastics.

The chest is flattened and narrow except distally, where the rib cage is flared.

The humerus is particularly short and there is often a limitation of elbow extension and supination of the forearm. The hands are short and broad, with stubby fingers and a particularly short middle finger which is spread away from the ring finger to give the appearance of a trident hand.

The lower limbs are bowed in older children due to overgrowth of the fibula relative to the tibia.

Genu varum develops after walking begins and tends to increase throughout childhood. At the ankle, valgus deformity occurs as the calcaneus pivots on the distal overlong fibula, but later secondary varus develops.

Walking is delayed because of the large head and small limbs and this, together with hypotonia in the early months of life, may mistakenly suggest that there is mental retardation. There is a rolling gait due to hip flexion deformity and increased lumbar lordosis.

Motor development of the child is delayed. Milestones such as head control and independent sitting, standing, and ambulation may get delayed by as much as by 6 months.

An abnormal maxillomandibular relationship may cause problems of speech and language.

Cognitive skills are preserved, and the intelligence is normal.

current otitis media is common in children younger than 5 years as due to poor development of the face, eustachian tubes are drained poorly. The conductive hearing loss is present due to the stiffness of the ossicle chain in the ear.

Maxillary hypoplasia may lead to dental crowding and malocclusion.

Vital capacity of the lung is decreased due to the small chest wall, upper airway obstruction, pectus excavatum, and effects from brainstem compression.

The incidence of respiratory infections, apnea, and other respiratory complications is increased..

The foramen magnum is smaller than average due to maldevelopment of the base of skull leading to compression of neural structures in the cervicomedullary region. This may cause respiratory weakness, apnea, episodes of cyanosis, feeding problems, limb weakness, and even sudden death.

Chronic compression of the brainstem may lead to hypotonia which is observed in the first 2 years of life.

Stenosis of the spinal canal and herniation of the discs occurs and lead to low back pain, leg pain, and other neural symptoms which may affect bladder and bowel continence too. Spinal canal stenosis and stenosis of the intervertebral foramen are secondary to short thickened pedicles, interpedicular narrowing, thickened laminae, intervertebral disc herniation, degenerative spondylolysis, excessive lumbar lordosis, or anterior wedging of the vertebral bodies from thoracolumbar kyphosis.

Neural claudication may also be present. In this, the patient gets tired after walking some distance and is relieved by sitting in a squatting position or forward bending.

Radicular pain may occur, usually after 25 years of age.

The abnormal spinal curvature may be present. [ kyphosis, lordosis, scoliosis]

At birth, achondroplasia is seen at birth as a disproportionate short-limb dwarfing condition accompanied by enlarged neurocranium, frontal bossing, flattening of the nasal bridge, midface hypoplasia, and prominent mandible.

The anteroposterior diameter of the chest is flattened, the lower ribs are flared, and the abdomen protrudes.

Proximal segments of the upper limb and lower limbs are more severely affected than the distal segments.

The clavicle is normally developed and the shoulders appear broad.

There is the loss of full extension of the elbow and a trident hand is common.

The fingertips reach the level of the hips.

Differential Diagnosis, other problems to be considered include the following:

The long bones are short, strong and dense, the femur and humerus bones often being less than two-thirds of their normal length. There is abrupt flaring of the ends of the shafts of the long bones with a characteristic appearance of the lower end of the femur, which is notched centrally to form a V-shaped surface in which the epiphysis lies.

The femoral neck is short with coxa valga [increase in neck shaft angle], the greater and lesser trochanters are prominent and there is a horizontal growth plate. The knee, the lateral femoral condyles are smaller than the medial and show a notch laterally to accommodate the upper end of the long fibulae.

The acetabular roof is flat and broad and the ilium is of characteristic almost quadrilateral shape. The sacrum articulates low on the ilia and the sciatic notch is small.

The fifth lumbar vertebra is narrow and lies between the iliac wings.

The length of the spine is approximately normal. The vertebral bodies are usually of normal height and do not show the anterior breaking as seen in mucopolysaccharidosis. There is a steady diminution in interpedicular distances from the first lumbar vertebra distally, the opposite to the normal.

The pedicles are short and thick and the posterior aspects of the vertebral bodies are concave. The lumbosacral angle is increased, a fracture that is present at birth.

Due to the risk of neural compression at the foramen magnum MRI is strongly recommended in infancy.

MRI can show myelomalacia, intramedullary cyst, or angulation at the craniocervical junction.

MR angiography is useful to know the pathophysiology of brain stem compression and hydrocephalus. It can also depict obstructed venous drainage due to jugular foramen stenosis.[24]

Somatosensory evoked potential (SSEP) abnormalities have been reported in almost half of persons without the neural deficit.

For the evaluation of the respiratory system. A sleep study may be performed if symptoms suggest airway obstruction.

Intracranial pressure monitoring is recommended in persons with achondroplasia with moderate ventriculomegaly.

Somatotropin (recombinant human growth hormone)  is currently being used to increase the height of patients with achondroplasia with promising results, though long-term studies are not available yet.

For maximum benefits, therapy should begin at the young age of 1-6 years.

Surgical care may be indicated in the following situations 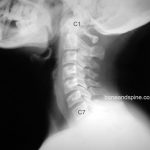 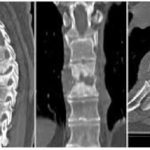 Pyogenic infection of the spine is rare, constituting only about 2-8% of overall pyogenic infection. The spectrum of pyogenic infections includes spondylitis, discitis, spondylodiscitis, pyogenic facet arthropathy, epidural infections, meningitis, and myelitis. The incidence of spinal infections has increased recently due to globalization, improved life expectancy, comorbidities like diabetes, overuse of antibiotics, immunosuppression and other immunocompromised […] 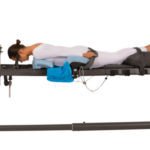 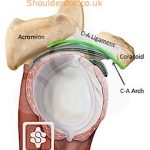