Anteversion and Retroversion describe the relative rotation of an organ or part of it.

Anteversion means rotated forwards (towards the front of the body)

Retroversion means rotated backward (towards the back of the body)

The version is in comparison to a reference position.

For example, the normal uterus is typically slightly anteverted but in certain cases, it may be retroverted.

In musculoskeletal science, the terms are important in hip and shoulder.

For example, in the hip, the neck of the femur is anteverted slightly. An increase anteversion or retroversion can cause problems in the alignment and gait.

The acetabulum in a similar manner is slightly anteverted.

Knowing right version is important in designing of arthroplasty implants and placement during surgery.

Femur neck is normally anteverted with respect to rest of femur [see the diagram]. It is considered abnormal only if it is significantly different from the average value of a patient of the same age.

Normal femoral anteversion in adults is 15 and 20 degrees from the frontal plane of the body.

The term medial femoral torsion is also used to describe femoral neck anteversion and is thought to result from medial or internal rotation of the limb bud in early intrauterine life.

The anteverted femur is the most common cause of children walking with their toes inward (in-toeing) in children older than 3 years of age.

With abnormal anteverted femur, a parent might notice that his or her child is walking with the toes turned inward. A child might also trip or fall more commonly than normal children. The child rarely has pain.

Abnormal femoral anteversion is a developmental abnormality. The normal child is born with 31-40 degrees of femoral anteversion. This gradually decreases to 10 to 15 degrees at adolescence and generally improves with further growth.

Therefore, no treatment is necessary if the value is within this normal range.

Otherwise, the child may be considered for femoral derotation osteotomy.

The angle in the transverse plane between the intersection of the plane of the neck and the condylar plane defines the angle of anteversion.

When femoral neck angle is less than average range [ 15-20 degrees], it is called femoral retroversion or hip retroversion.

In some cases, the femoral head and neck may even be angled backward from the frontal plane of the body. 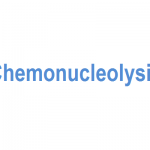 A corn is a thickening of the skin due to friction and pressure that is usually intermittently occurring. Clavus is a general term covering both corn and calluses [see the difference below] The term implies the thickening results from hyperkeratosis and may result in chronic pain. Clavi [plural of cavus] are common worldwide. The most […] 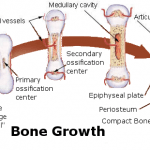