Traumatic brachial plexus is the most common type in adults.

Two patterns of injury are observed.

Many cases are temporary, with full function recovering within one week. Permanent injury is found in up to 25%.

Young males in the age group of 15 to 25 years are most commonly affected. 70% of traumatic brachial plexus injuries occur secondary to motor vehicle accidents and, of these, 70% involve motorcycles or bicycles.

A fall from a significant height or gunshot wound may also result in brachial plexus injury.

Mostly the trauma is closed and nerve injury occurs from traction [95%] and compression. The nerves may rupture, avulse from the root or be intact but significantly stretched.

The nerve can be injured at the root, the anterior branches of the spinal nerves, the trunk, the cord, and the peripheral nerve.

Root avulsions can occur when the traction force overcomes the fibrous support around the roots [peripheral avulsion injury] or there is a severe bending of the spinal cord due to cervical injury [central avulsion injury]. Former are much more common.

Upper brachial plexus injuries occur when the head and neck are violently moved away from the ipsilateral shoulder leading to stretch, avulsion, or rupture of the upper roots (C5, C6, C7). Lower roots are preserved.

Lower elements of the plexus (C8, T1) can be injured in forceful abduction and traction of the shoulder. Distal infraclavicular lesions can be associated with axillary arterial rupture.

Open injuries are less common and result in transection. Iatrogenic injuries have been reported.

The patient may present with pain in the neck and the shoulder, paresthesias, weakness or heaviness in the limb. Decreased pulses may be a sign of vascular injury.

In patients with significant trauma, the patient needs to be stabilized and resuscitated and diagnosis may be delayed. Suspicion of brachial plexus injury should be maintained in a patient with significant shoulder girdle injury, first rib injuries, or axillary artery injuries.

Examination of brachial plexus and branches requires an awake and cooperative patient.

Testing muscles function and sensations supplied by different branches would indicate the site of the lesion. A brief summary is given below. Anatomical variations should be kept into mind.

An injury to the long thoracic nerve or dorsal scapular nerve suggests a higher (more proximal) level of injury [both nerves originate from roots].

Presence of Horner’s syndrome indicates interruption of the sympathetic ganglion and avulsion of the T1 root.

An active and passive range of motion and reflexes are part of neurological examinations.

The spine should be essentially examined for ruling out/confirming the concomitant spinal injury.

Laboratory studies generally are not helpful for diagnosis, although they may be indicated in the routine evaluation of any trauma patient.

Arteriography may be indicated in cases where the vascular injury is suspected.

CT scan of the neck can be done as a part of the evaluation. CT chest may reveal subclavian vessel injuries, scapular fractures, humeral fractures, and thoracic spine fractures.

Myelography should be delayed for at least 4 weeks so that meningocele at the affected level is allowed to form. CT myelography can detect lower concentration of the contrast as compared to plain myelography but is prone to greater artifacts.

MRI is helpful in evaluating the patient with a suspected nerve root avulsion. It is noninvasive and is can visualize the plexus whereas CT/myelography shows only nerve root injury. MRI can also reveal large neuromas and inflammation or edema.

If no signs of denervation are apparent in a paralyzed muscle by 3 weeks after injury, EMG can be used to confirm neuropraxia.

The presence of SSEPs suggests continuity between the peripheral nervous system and the CNS via the dorsal root ganglion.

Brachial plexus injury was treated by the conservative method in the past which consisted of monitoring for 12-18 months. After that, any residual deficit was considered permanent. Shoulder fusion, elbow fusion, wrist and finger tenodesis and transhumeral amputation as required were done.

However, with improvement in treatment, surgical options are now available which are primary repair, soft-tissue reconstruction, nerve grafting and nerve transfers (neurotization).

Clear consensus regarding surgical timing and surgical indications is lacking. Surgery is not performed in presence of joint contractures, edema, advanced age of the patient and uncooperative patient.

Immediate exploration with possible end-to-end repair may be indicated in some cases of open injury caused by a sharp object. If the surgery is delayed, the patient is put on physical therapy, as in blunt trauma and avulsion injury, delay of 3-4 weeks.

In case of stretch injuries, spontaneous recovery should be watched for some time.

Reconstruction procedures may need to be done in a staged manner.

Neurotization or nerve transfers can be performed to accelerate recovery from preganglionic injuries using spinal accessory nerve, intercostal nerves, and the medial pectoral nerve, usually within 6 months of the trauma.

External neurolysis should be performed for nerves in continuity that exhibit a nerve action potential.

As noted before postganglionic lesions do not have sensory nerve action potentials.

Physical therapy and bracing often are used over the prolonged postoperative period to prevent contractures, to keep joints supple after surgery.

The prognosis is highly variable. It depends not only on the nature of the injury but also on the age of the patient and the type of procedure performed.

An ergonomic chair is a chair designed in the way it provides maximum comfort during sitting and properly supports the posture, weight and lumbar while sitting. Though design-wise, ergonomic chairs cater to a range of people, one may need to try more than one model to find a design that suits. Moreover, chairs may not suit every task […]

Hip biomechanics are quite complex due to pelvic motion associated with it and range of movements it produces. Biomechanics is the science that studies forces acting on a living body. Hip is a mobile and stable joint that because of its anatomy and strong attachments of muscles and ligaments. The neck of femur and its […] 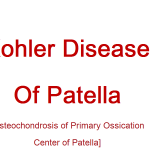