Capitellum fractures are rare and account for 1% of elbow fractures.

Capitellum fractures are frequently missed on first examination. The fracture is not obvious on anteroposterior radiographs due to shadow background of the distal humerus. A look at following xrays would explain.

The fracture is not obvious in first xray where it is quite evident in the next one.

Here is AP view. Here we do see a fragment of associated fractured medial epicondyle but fracture of capitellum is not visualized.

These xrays are of elbow of 15 year male who had capitellum fracture after fall from bicycle.

Because capitellum is an intra-articular injury, restoration of the anatomy should be done by open reduction and internal fixation and followed by early mobilization.

Here, I describe fixation of capitellum fracture by lateral approach.

Skin incision was centered over the lateral epicondyle [prominence just above the elbow crease on side of thumb],  extending above and down on lateral aspect of arm and forearm

Following dissection through the subcutaneous tissue layers, the lateral column was palpated. The forearm was pronated to move the radial nerve away from the surgical field. A flap was raised by elevating common extensor origin along with the anterior capsule and connected to Kocher interval [interval between anconeus muscle and extensor carpii ulnaris muscle] distally. This results in a continuous full-thickness anterior soft tissue flap.

Fracture site was exposed, hematoma and soft-tissue debris  was removed to allow visualization of the fracture fragments.

Fracture fragments were reduced and provisionally fixed with k-wires.

Distal thread was buried beneath the articular surface.

Because this particular fracture also had comminution, supplemental fixation with minifragment screws was used to reconstruct in the reconstruction.

The capitello-radial articulation is maintained in this preoperative picture. Fragment of medial epicondyle was left as such.

Here are the xrays AP and lateral views, taken in the follow up.

The sacrum is a part of the spine that lies between the fifth segment of the lumbar spine (L5) and the coccyx. Sacrum consists of five fused vertebrae S1-S5 and is triangular in shape. It is part of the pelvic girdle and forms the posterior wall of the pelvis and articulate with iliac bones at […]

The hand is the distal functional tool of the upper limb an important organ for day-to-day functions. It is designed for grasping, for precise movements and serving as a tactile organ. Hand anatomy is complex and intricate. This enables hands to do gross as well as precise functions. A total of 27 bones constitute the […] 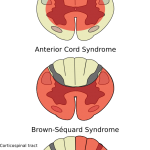