Complex regional pain syndrome or CRPS is a chronic painful condition causing intense pain, usually in the arms, hands, legs, or feet. The cause of condition is poorly understood and there is no cure. The management involves control of symptoms by various modalities.

The condition It may happen after an injury to a nerve or other tissues.

In th past, it was known by many other names like reflex sympathetic dystrophy, Sudeck’s atrophy, reflex neurovascular dystrophy or algoneurodystrophy.

Causalgia was the name given to a condition associated with nerve injury.

Depending on the presence or absence of nerve involvement it can be on of the two types.

CRPS affects all races and is more common in females. The ratio varies from 2:1 to 4:1.

Its peak incidence between 37 and 50 years.

CRPS is known to affect all age groups but occurrence in children is extremely rare.

Most often, CRPS involves extremities but locations like genitalia or the nose have been reported. The single limb is involved in most of the cases. Bilateral involvement is seen in about 5% cases. Rarely more than two limbs could be involved.

As noted before, type II is associated with nerve injury.

Trauma to the limb is the most common cause of type I CRPS accounting for more than 90% of patients with CRPS type I.

Associated injuries are or injuries precipitating are

The exact cause of the condition is not known.

It is believed persistent painful stimuli from an injured region causes peripheral and central sensitization.

There is also a central somatosensory misinterpretation of the nonpainful mechanical stimuli like a light touch. Plus there is an impairment of CNS processing leads to motor effects such as weakness or tremor in the affected area.

The disturbances within the sympathetic nervous system lead to sympathetic hyperactivity which affects the injured area adversely.

Also suggested is an augmented inflammatory response coupled with impaired healing. This makes the CRPS refractory.

Decreased use of an injured body by casting or splinting has been postulated as a cause in some patients with CRPS.

But all these are part of the hypothesis only.

[International Association for the Study of Pain]/

A clinical diagnosis of complex regional pain syndrome can be made when the following criteria are met:

It is important to note that there are no specific diagnostic tests and CRPS is diagnosed mainly clinically.

The symptoms of CRPS I may begin immediately or even weeks after the initial injury.

The patient also complains of difficulty/inability to use the affected extremity.

The limb may feel as foreign [cognitive neglect] and required mental and visual attention to carry out the movement [motor neglect]. The limb also gets easily fatigued.

There is an asymmetry of the temperature of the skin when compared to the opposite limb.

The limb could be warmer [in two-thirds] or cooler than the opposite.

A physical examination may reveal

There is no specific confirmatory diagnostic test for the presence of CRPS.

X-rays are suggestive of disuse and osteoporosis. These include Endosteal and intracortical excavation, subperiosteal resorption, demineralization of the region etc

3-phase bone scintigraphy is highly sensitive and specific in early CRPS that occurs after fracture and helps in differentiating it from other pain syndromes. The findings are

Following are the various treatment modalities.

No clear-cut evidence for opioids or NSAIDs but Opioids still considered are part of treatment.

Injections of local anesthetic around the sympathetic paravertebral ganglia that project to the affected part.

IV immunoglobulin reported providing pain relief. It also suggests the role of the immune system in pain of CRPS.

Reported to be effective but associated with severe side effects.

The procedure is not widely recommended as it has been found to have limited efficacy.

Spinal cord stimulation has been found to be an effective short-term treatment for CRPS and improved quality of life.

It is a non-invasive procedure for the stimulation of the motor cortex but needs to be studied to explore the therapeutic role of magnetic stimulation in CRPS patients.

If the treatment is begun early good progress can be made. The prognosis is not always good in delayed cases. In extreme cases, amputation might be advised to get rid of the annoying and nonfunctional limb. 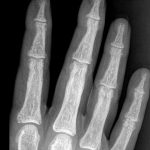 Elbow instability refers to a laxity in the elbow joint that may cause the joint to catch, pop, or slide out of place during certain arm movements. It most often occurs as a result of an injury — typically, an elbow dislocation. The instability associated with elbow injury is called acute elbow instability whereas the […] 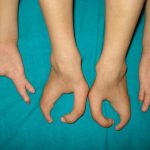 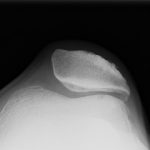 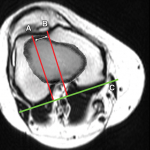 Patellar translation is the distance between tibial tubercle and trochlear groove and is also called TT-TG distance. It is measured on CT or MRI by overlapping or superimposing axial images of the femoral condyles and tibial tuberosity. The measurements are used to quantify patellar instability. The position of the tibial tubercle is crucial for the inferolateral force […] 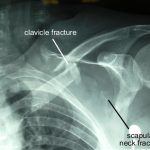