Congenital knee dislocation occurs in children with myelomeningocele arthrogryposis and Larsen’s syndrome. This condition is often associated with developmental dysplasia of the hip, clubfoot, and metatarsus adductus.

Congenital dislocation of the knee is 100 times less common than the congenital hip dislocation. Developmental dysplasia of hip and clubfoot are the commonly associated anomalies.

50% of patients with congenital knee dislocations will have hip dysplasia affect one or both hips and about 70% would have associated clubfoot.

The congenital dislocation of the knee occurs in less than 1 in 1000 live births.

Causes of Congenital Dislocation of Knee

Various causative factors factors have been proposed for congenital dislocation of the knee. These are

This type of dislocation is most common and considered to result because of malposition of the limb in the uterus. The knee is in extension and gets further compressed into recurvatum by uterine compression which also is responsible for prevention of flexion.

The dislocation of the knee is part of the spectrum of disorders occurring due to embryonic defect.

This theory says that there is quadriceps muscle contracture that drags knee into a deformed position similar to that found in arthrogryposis.

At birth, the knee is found fixed hyperextension with a varying degree of subluxation or dislocation forwards of the tibia on the femoral condyles, and the skin covers the anterior aspect of the joint shows several transverse creases. The patella is small or absent.

On the posterior aspect of the joint, the hamstring muscles are palpable as tense cords, and the femoral condyles are felt projecting in the popliteal fossa. The joint is relatively fixed.

When attempts are made to flex the dislocated knee, an elastic resistance is felt because of the quadriceps tendon.

Broadly speaking, depending on the position of the tibia and femur, knee dislocation could be

Treatment of Congenital Dislocation of Knee

Most of the cases of congenital dislocation of the knee can be treated non-operatively. The treatment is done by reduction with manual manipulation and casting with long leg casting.

Treatment is begun at the birth or shortly thereafter and the casts are repeated at 2 to 3 days intervals until flexion beyond 90 degrees is obtained. Thereafter a bivalve cast is used for 3 months.

The cast is removed twice a day for 30-minute intervals and active flexion and extension is carried out. An x-ray check-up is obtained during correction to make certain that the proximal tibia a maintaining a normal anatomical relationship to the distal femur.

The cast is generally removed after about a 3 month period and a removable cast or brace is applied to counter any tendency to return to a hyperextended position.

Sometimes, due to capsular adherence and anterior subluxation of hamstring, the reduction becomes difficult.

[If  both knee and hip dislocated, then knee needs to be treated first as Pavlik harness which is used for the treatment of congenital hip dislocation cannot be applied if the knee is dislocated.]

Surgery consists of soft tissue release which is indicated if there is a failure to gain 30 degrees of flexion after 3 months of casting.

Goal of surgery is to obtain 90 degrees of flexion. It is accomplished by following surgical procedures as needed

Postoperatively, the limb is kept in the cast in 45 to 60 degrees of flexion for 3 to 4 weeks. 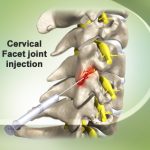 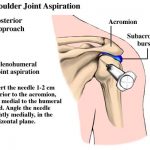 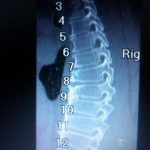