Enchondroma is a common intramedullary benign neoplasm composed of mature cartilage. It has limited growth potential, and a majority of enchondromas are small, asymptomatic lesions less than 3 cm in diameter. It is a type of chondroma that occurs within the medullary cavity.

Though these lesions are distributed throughout all decades of life, the third and fourth decades are considered the peak age.

There is no sex predilection.

Most common sites of involvement are small bones of the hands and feet [60%]. The hands are more frequently involved than the feet.

Next, in frequency are long tubular bones [17%]. Most of the lesions are metaphyseal [near bone ends] and involvement of diaphysis [midshaft] is very rare.

In long bones, proximal humerus is the most common site involved. Other bones are involved less commonly.

Enchondromas are the growth plate remnants that are not resorbed and persist or grow in the medullary canal. They are typically found on the metaphyseal side of the growth plate.

The cartilage in cortex could become cortical and juxtacortical chondromas. These isolated fragments of cartilage grow very slowly in a lobular configuration and demonstrate ossification at their periphery.

Approximately 60% of all enchondromas are located in small bones of hands and feet. These enchondromas are typically diaphyseal lesions that sometimes involve the bone ends. They regularly produce endosteal scalloping and expand the bone contour.

Enchondromas of the long tubular bones account for approximately 45% of cases and are ofen metaphyseal. The proximal humeral metaphysis and distal femoral metaphysis are most frequently involved.

Enchondromas of the pelvis, spine, ribs, and sternum are very rare.

When multiple enchondromas coexist, the diagnosis of enchondromatosis should be considered of which main are Ollier disease and Maffucci syndrome.

Therefore the differentiation is important. Different locations behave differently in this context.

Gross and Microscopic Pathology of Enchondroma

Often the enchondroma is received as curetted material. An intact enchondroma after removal is seen as made of confluent lobules of cartilage varying in size from several millimeters to 1 cm. The color is ivory-white due to calcification or ossification or both.

Microscopically, enchondromas are composed of mature cartilage. The individual lobules can be separated by normal bone marrow spaces with hematopoietic elements or more frequently by fibrovascular septa.

Overall cellularity is low and occasional binucleated cells may be seen.

The chondroid matrix is typically of hyaline type and foci of fine or coarse calcifications and even of enchondral ossification can be present.

Immunohistochemically, the cells of enchondroma are positive for S-100 protein and vimentin.

Most of the enchondromas are not symptomatic and are discovered incidentally on x-rays or radioisotope scans performed for other reasons.

In short tubular bones of hand and feet, enchondroma can cause bone expansion and may be felt as  a palpable mass.

Pain is not a feature. Pain signifies activity and should raise the suspicion of malignancy [if the pathological fracture is absent.

Lab studies are not diagnostic as there are no specific tests.

The degree of radiographic calcification can vary considerably.

A classic pattern of calcifications is described as rings and arcs in the short bones, such as hand and is considered pathognomonic.

In the major long bones, the cortex and the bone contour are usually not altered, and there is no periosteal new bone formation.

It is hard to differentiate between enchondroma and low-grade chondrosarcoma on x-ray.

[Therefore, in presence of pain, appearance notwithstanding, further investigation is warranted]

A  predominantly lucent lesion or the one that is not uniform in calcification should be further evaluated.

Presence of cortical break, a soft-tissue mass, and deep endosteal scalloping of the cortex are associated more with chondrosarcoma but may not be so in hands and feet because of expansile nature of lesions in these locations.

Findings are similar to x-ray findings. CT may be able to show pathological fracture not visible on x-ray.

A uniformly mineralized lesion showing a lucent region indicates degeneration of the enchondroma to chondrosarcoma and biopsy is desired.

Again, differentiation of the enchondroma and chondrosarcoma is difficult on CT

Signs of malignant transformation are

Enchondromas are well circumscribed as compared to chondrosarcoma.

Extension into soft tissue with a completely disrupted cortex and the presence of reactive periosteal new bone formation should be regarded as indicators of malignancy.

MRI can diagnose enchondroma with more certainty and is able to differentiate it from chondrosarcoma when correlated with the clinical picture.

With technetium-99m (99mTc) radionuclide bone scanning, findings are typically negative in uncomplicated enchondromas, but the presence of pathologic fracture results in intense activity at the fracture site.

Enchondromas of long bones that are small and asymptomatic require no treatment.

The patient is advised to keep a note of onset of pain and report. It should be followed by clinical evaluation and x-rays.

Lesions that are border-line in size, symptomatic, or predominantly lytic or which appear doubtful should undergo curettage. The material should be subjected to histopathological examination.

Enchondromas of the small tubular bones are frequently treated with curettage and bone grafting, especially if they expand the bone contour or disturb the function of the affected site in any way.

Lesions involving the ribs, sternum, scapula, or pelvis are best treated by wide local excision and tissue subjected to pathological studies. This treatment approach is carried as most of these lesions are aggressive.

In short tubular bones, recurrence could be due to incomplete removal and second curettage can sure. 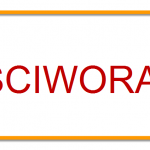 Flail chest is caused by severe blunt injury which causes multiple [3 or more] segmental [rib fractures at two points say anterior and posterior] rib fracture resulting in paradoxical movement of broken chest wall segment [that becomes devoid of any attachment and moves with changes in intrathoracic pressure.] With a better understanding of injury pattern, […]