The use of eponymous fractures may not be scientific communication but it allow concise description injury pattern.

The drawback of eponymous fractures usage is that both sides should know exactly what that actually describes.

Incorrect or imprecise use of eponymous fractures can cause in confusion and misunderstanding.

Apart from eponymous fractures, we would also discuss the other popular names of fractures in this article as they are also commonly used by doctors.

This entity was reported by Arthur Hill and David Sachs who both were radiologists.

The Hill-Sachs deformity or fracture is an impaction fracture of the posterolateral aspect of the humeral head found almost exclusively in anterior shoulder dislocations.

The defect may contribute to anterior shoulder instability and predispose the shoulder to recurrent dislocations.

On x-rays, the AP view of the internally rotated shoulder would reveal the lesion.

CT is the best for the location and size of Hill-Sachs lesions.

Arthur Bankart was an English orthopedic surgeon who described this fracture.

The Bankart lesion is often associated with the Hill-Sachs lesion due to their common mechanism of injury.

The soft tissue Bankart lesion refers to injury to the anterior or anteroinferior glenoid labrum [Fibrocartilagenous structure that deepens the bony glenoid.]

American orthopedic surgeons Arthur Holstein and Gwilym Lewis described this displaced spiral fracture of the distal third of the humerus with where the proximal aspect is deviated radially and entraps radial nerve often causing with radial nerve palsy. About 20% of the cases have radial nerve palsy.

The radial nerve courses distally through the lateral intermuscular septum and is in direct contact with the bone leaving the nerve susceptible to injury when the fracture occurs.

Transcondylar humeral fracture with displacement of the distal fragment anteriorly and dislocation of the radius and ulna from the bicondylar fragment.

The fracture is named after Italian surgeon Ricardo Galeazzi.

Fracture of the radius in the distal third associated with subluxation of the distal ulna or distal radioulnar joint disruption.

In children, a fracture of the radial shaft may be associated with the separation of the distal ulnar epiphysis without distal radioulnar joint disruption. These are called Galeazzi equivalent and are treated similarly.

Monteggia fracture-dislocation was first described in 1814 by the Giovanni Battista Monteggia, a surgeon from Milan. The injury is the fracture of the proximal ulna with dislocation of the proximal radioulnar and radiocapitellar joints.

Isolated fracture of the ulna secondary to direct trauma.

Essex-Lopresti fracture injury was described by Peter Essex-Lopresti in 1951. It is an uncommon injury that consists of comminuted fracture of the radial head, dislocation of the distal radioulnar joint, and disruption of the interosseous membrane

Robert Smith, an Irish surgeon, first described this transverse fracture of the distal radius with volar displacement and/or angulation of the distal fracture fragment. As the deformity is in the opposite direction of Colles, it is also called reverse Colles. Another name for this fracture in French is Goyrand fracture.

American surgeon John Rhea Barton in 1838 described this intra-articular is an oblique fracture of the distal radius that results in shearing of the triangular distal radial fragment with either dorsal or volar displacement. Accordingly, the fracture is known as dorsal or volar Barton fracture.

It may be associated with carpal subluxation.

Oblique fracture of the radial styloid, initially attributed to the starting crank of an engine being forcibly reversed by a backfire.

The fragment can vary markedly in size.

A die is a specialized tool used in manufacturing industries to cut or shape material mostly. Punching is a metal forming process that uses a punch press to force a tool, called a punch, through the workpiece to create a hole via shearing.

When fracture appears on x-ray as if punched lesion by a force, it is called die-punch fracture. It is a kind of impacted fracture. This kind of fracture is mostly seen in the distal radius.

Bennett’s fracture is an oblique fracture of the first metacarpal base separating a small triangular fragment of the volar lip from the proximally displaced metacarpal shaft.

Rolando fracture though less common than Bennet’s, is a more severe fracture of the metacarpal base. It was originally described by Silvio Rolando.

It is a comminuted intra-articular fracture at the base of the first metacarpal resulting in three fragments – the metacarpal shaft, the volar fragment, and the dorsal fragment, creating a T- or Y-shaped fracture pattern.

Fracture of the fifth metacarpal neck with volar displacement of the metacarpal head. The name is boxer fracture as these fractures typically occur when punching.

Segond was first described by the French surgeon Paul Segond in 1879 and refer to a  small, vertical avulsion of the proximal lateral tibia just inferior to the tibial plateau caused by varus stress on an internally rotated knee.

In 75% of cases, it is associated with disruption of the anterior cruciate ligament.

The Maisonneuve fracture is named after the French surgeon Jacque Gilles Maisonneuve.

It is a V-shaped fracture of the distal tibia with extension into the tibial plafond, dividing it into anterior and posterior segments.

However, distal tibia fractures are more commonly known as pilon fractures and this umbrella term is used for all. Therefore Gosselin fracture is used no more.

Trimalleolar ankle fracture with fractures of both malleoli and the posterior lip of the tibia.

Note: The example shown here also has a tibial fracture which is not part of Cotton fracture.

Fracture of the fibula 2 to 3 in above the lateral malleolus with rupture of the deltoid ligament and lateral subluxation of the talus.

Fracture of the distal fibula with rupture of the distal tibiofibular ligaments and lateral displacement of the talus. This term is obsolete now. Duputryen’s fracture should not be confused with Duputreyen’s contracture which is entirely a separate disease entity bearing the same name.

Fracture of the lateral tubercle of the posterior talar process.

The Shepherd fracture is named after the Canadian surgeon Francis Shepherd.

The Tillaux fracture was originally described by Sir Astley Cooper and further described by Paul Tillaux in 1845.

Fracture of the lateral half of the distal tibial physis during differential closure of the physis. The medial part of the tibial physis has already fused. Therefore the fracture is typical of the adolescent age.

The Tillaux fracture is a Salter-Harris type III injury.

Fracture and/or dislocation involving Lisfranc’s (tarsometatarsal) joint of the foot. Lisfranc was one of Napoleon’s surgeons and described traumatic foot amputation through the level of the tarsometatarsal joint.

Fracture and/or dislocation involving Chopart’s joints (talonavicular and calcaneocuboid) of the foot.

This space was described by the French surgeon Francois Chopart as another potential area for disarticulation.

It implies a variety of fractures of the talus. It was described after World War I as a rudder bar is driven into foot during plane crash.

The term was coined by Henry Graeme Anderson in 1919 due to his observations of injury patterns secondary to crashing planes. This term is now obsolete because people don’t routinely crash planes at non-lethal velocities.

Sir Robert Jones described his own fracture that occurred while he was dancing. It signifies metaphyseal/diaphyseal fracture of the fifth metatarsal.

Comminuted fracture of the ring of the atlas due to axial compressive forces. Fractures usually occur anterior and posterior to the lateral facet joints.

Fracture through the neural arch of the second cervical vertebra (axis). It is called Hangman’s fracture as the legal hanging resulted in this fracture.

Flexion fracture/dislocation of the cervical spine with an associated triangular anterior fragment of the involved vertebrae. Injury complex in unstable, with posterior ligamentous disruption.

Spinous process fracture of the lower cervical or upper thoracic vertebrae. The injury was initially attributed to workers attempting to throw upward a full shovel of clay, but the clay, adhering to the shovel, would cause a sudden flexion force opposite to the neck musculature.

Fracture of the vertebral body from axial load, usually with an outward displacement of the fragments. May occur in the cervical, thoracic, or lumbar spine. it seems that vertebra has burst out.

Distraction fracture of the thoracolumbar vertebral body with horizontal disruption of the spinous process, neural arch, and vertebral body. Everything is sliced in a single plane.

Unstable pelvic fracture with vertical fractures anterior and posterior to the hip joint. Malgaigne fracture is an unstable type of pelvic fracture, which involves one hemipelvis, and results from vertical shear energy.

Fracture of the iliac wing without disruption of the pelvic ring.

Ischioacetabular fracture that passes through the pubic rami and extends towards the sacroiliac joint. The medial wall of the acetabulum is displaced inward.

Bilateral fractures of the superior and inferior pubic rami. It is also called Butterfly fracture.

Peculiar Fractures that occur in Children

An incompletely fractured bone in a child, with a portion of the cortex and periosteum remaining intact on the compression side of the fracture.

Impaction fracture of childhood as the bone buckles instead of fracturing completely. 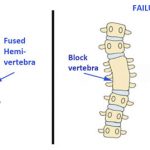 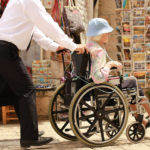 Girdlestone procedure is excision arthroplasty of the hip in which femoral head, neck, proximal part of the trochanter and the acetabular rim are … END_OF_DOCUMENT_TOKEN_TO_BE_REPLACED