Freiberg disease is an uncommon condition which was described by Alfred H. Freiberg in 1914.

Freiberg disease or infraction is a painful collapse of the articular surface of the metatarsal head. Second or third metatarsal heads are most commonly involved. First and fifth metatarsals show least common involvements. Bilateral involvement has been reported to occur in less than 10% of patients.

Most of the cases of infraction are not symptomatic or may resolve spontaneously.

It most commonly occurs in adolescence through the second decade of life through the disease has been reported in as early as 8 years and as old as 77 years.

In adolescents, Freiberg disease is thought to be a growth disturbance and belongs to the group of the disease called osteochondrosis.  Though Freiberg thought trauma as the cause of the condition exact etiology has still not been explained.

Freiberg disease in adults is thought to represent a different process though they have similar radiological features. The primary cause may be vascular or traumatic

In this theory, the primary event is an injury to the blood supply of metatarsal either direct or repetitive. Some patients may have a greater risk due to their anatomic variances of blood supply.

The other theory believes trauma to be a predominant etiological factor. Again, it may be a single instance of trauma or multiple repetitive micro-injuries.

Long metatarsals have been recorded as a factor for these diseases. Certain patients may be anatomically predisposed due to local, mechanical, vascular, and developmental factors.

The patient usually complains of pain in the forefoot which is related to activity and is also present on the passive motion of metatarsophalangeal joints. There could be associated with stiffness and limp on walking.

The patient may or may not give a history of trauma.

The patient might also present with chronic pain in the forefoot area with frequent exacerbation.

On examination, the area involved would be tender and might reveal some swelling as well. The range of motion of the affected joint would be decreased.

A few patients are completely asymptomatic and noted only on radiographs taken for other purposes.

Anteroposterior and oblique views are routinely done for foot afflictions and are basic x-rays for Freiberg disease too. Early radiographs may show only sclerosis and widening of the joint space but radiographs in a later stage show with the collapse of the metatarsal head. Fragmentation of the head and osteochondral loose bodies may be visible in further stages.

Magnetic resonance imaging has been advocated for preoperative evaluation, especially if an osteotomy is planned.

It is most widely used and is based on radiological changes.

I – Fissure develops in the ischemic epiphysis.  Opposing cancellous bone on either side of the fissure appears sclerotic.

II –    Collapse. central resorption of bone within the metatarsal head causes the subchondral bone to subside.

An isthmus of the articular cartilage on the plantar aspect of the metatarsal head remains intact.

The goal of therapy is to rest the joint to allow inflammation and mechanical irritation to resolve.

Shoe modifications in the form of inserts with metatarsal bars or pads, rigid shanks, or a rocker bottom, may be helpful. Activity modification during exacerbations may help to prevent the aggravating symptoms of pain and swelling.

In patients who do not respond to the medical treatment or those who are in stage IV and V, the following options can be considered –

In stage I or II grafting and elevation of the collapsed articular surface is recommended.

For advanced lesions, the treatment needs to be individualized.

Cubital fossa is a triangular depression on the anterior aspect of the elbow marked by the flexion crease of the elbow. it contains passage of vital structures and the landmark anatomy is used in clinical measurements. 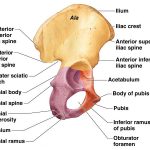