Frostbite is a freezing injury caused by cold exposure, most commonly affecting fingers, toes, and feet.

Frostbite occurs in people who are exposed to extremely cold temperatures like soldiers, homeless people, outdoor workers, skiers, and climbers or anyone with exposure to cold.

People with the peripheral vascular disease, people on medications like beta blockers, smokers, people with Raynaud’s phenomenon [a condition that causes constriction of blood vessels] or diabetes have increased risk of developing frostbite.

Oxygen through blood circulation is important to keep the tissues healthy and warm. Exposure to extreme cold leads to constriction of blood vessels, leading drastic decrease in blood and oxygen supply. This causes damage to tissue, even death of the cells.

As blood flow returns to the extremities upon rewarming, blood leaks out into the tissues through damaged vessels. Complicated interactions occur, and inflammation causes further tissue damage. This injury is the primary determinant of the amount of tissue damage that occurs in the end.

Second-degree frostbite may affect the epidermis and part of the dermis.

Third-degree frostbite affects the epidermis, the dermis and the fatty tissue beneath the dermis.

Fourth-degree frostbite affects the full thickness of the skin, the tissues that lie underneath the skin, and also deeper structures such as muscles, tendons, and bone.

Frostbite is usually diagnosed by the typical symptoms in someone who has been exposed to extreme, cold weather.
Frostbite can cause feelings of cold and firmness in the affected area. Stinging, burning and numbness can occur.

The patient may present with symptoms in affected area or the frostbite may be a finding in patients presenting with hyperthermia.

The affected area of skin usually becomes white and feels numb. Sometimes the skin is red. It may also feel hard or stiff. It recovers completely with early treatment.

The affected skin is often red, or may become blue, frozen and hard. There is also usually quite a lot of swelling of the affected area. Blisters filled with a clear or milky fluid appear on the skin.

Skin can be white or blue or blotchy. Blisters also develop and can be filled with blood. Over some weeks, black thick scabs form. The skin feels hard and cold.

There is damage to the full thickness of the skin and also the underlying tissues. The skin is initially deep red and mottled and then becomes black.

A good prognosis is heralded by intact sensation, normal skin color, blisters with clear fluid, the ability to deform the skin with pressure, and the skin becoming pink when thawed.

Blisters with dark fluid, skin turning dark blue when thawed, and an inability to indent the skin with pressure indicate a poor prognosis.

Rewarming should start as soon as possible but should not be done if the affected area could re-freeze. Re-warming is usually repeated twice a day. It is important to keep the skin warm and dry in between treatments.

Other life-threatening problems should be If someone has been in the mountains and has developed frostbite, they may have other life-threatening problems that need to be treated first. Rapid re-warming can be done using heated water which should be kept at 37-39°C. This could take 30 minutes. The affected area should not be massaged, as this can cause further injury.

Rewarming is the highest priority in medical care and if possible should be started immediately after the injury, even before shifting the patient to the hospital.

After rewarming, post-thaw care is undertaken in order to prevent infection and a continuing lack of oxygen to the area.

Analgesics are usually needed to treat pain. Rewarming can be very painful so anti-inflammatory painkillers are also given and stronger medication such as morphine may be needed. Thrombolytics may be used in cases of deep frostbite to facilitate the blood supply.

Tetanus vaccine should be given if required. IV fluid rehydration should be done.

When a body part with frostbite is thawed out, the skin turns red, may blister and can be very painful. It can also become swollen. Eventually, dead, blackened tissue that forms scabs can develop.

Blisters if needed may be punctured for fluid drainage.

Superficial frostbites have a favorable prognosis. It can take up to six months for the area to recover. There can be full recovery but some people have permanent problems including pain, numbness, and stiffness in the affected area.

If frostbite is deep, tissue damage can be permanent and tissue loss can occur leading to amputation of the finger. Some frostbites may require surgical amputation which could be delayed as long as 6 months.

People with frostbite are hospitalized for at least 1 to 2 days to determine the extent of the injury and to receive further treatment.

The treatment of frostbite is done over a period of weeks to months.

Popliteus tendonitis is an uncommon pathology that which often occurs in athletes and people with a history of other knee ligament injuries. The pathology involves popliteus muscle which is present on the posterolateral aspect of the knee region. Popliteus muscle is a key stabilizer of the knee, and plays an important role in maintaining proper […] 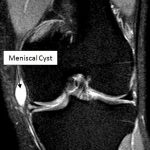