Hawkins Kennedy impingement test is of shoulder impingement. It identifies impingement of greater tuberosity of humerus against the coracohumeral ligament, trapping all the intervening structures which include the supraspinatus muscle, teres minor muscle, and the infraspinatus muscle.

The test was first described in the 1980s Drs. R. Hawkins and J. Kennedy, American physicians

The Hawkins test is considered to be a highly sensitive test.

With patient sitting, elbow is flexed at ninety degrees, while it is supported by the examiner.

It then quickly moves the arm into internal rotation.

If the patient feels pain located to the sub-acromial space, the test is considered positive.

There is enough data to suggest that clinically positive Hawkin’ s sign is consistent with external shoulder impingement.

Hawkins test has a sensitivity between 62-92% whereas specificity is 25 to 100 percent. Thus the test is overall more sensitive than specific.

A clinically positive test, on the other hand, suggests that there is the likelihood of shoulder impingement.

As noted before, Neer impingement test is said to be better than Hawkins Kennedy Impingement Test.

This likelihood increases manifold when the test findings are evaluated along with the other two tests, namely painful Arc Sign and Infraspinatus Test. 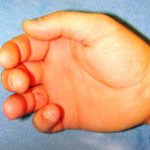 Jersey finger refers to the avulsion of the flexor digitorum profundus tendon off of its insertion at the volar aspect of the distal phalanx due to forced hyperextension of the distal interphalangeal joint. It is a type of zone I tendon injury. It is also called a sweater finger or rugby finger and typically occurs […] 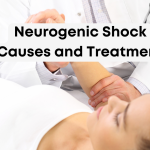 Bacterial arthritis is infectious arthritis caused by the invasion of the joint space by bacteriae. The bacteria enters the joint from the bloodstream, from a contiguous site of infection in bone or soft tissue. In trauma, surgery or invasive procedures, the bacteria might directly be inoculated in the joint, or by direct inoculation during surgery, […]

There is no doubt that patients with osteoarthritis and inflammatory arthritis are benefited by regular exercises. In fact, recommending physical activity is the standard of care in the management of these conditions. To help patients and healthcare providers make a better selection on physical activity choices, European League Against Rheumatism (EULAR) has come out with […]