Legg Calve Perthes disease is an idiopathic avascular necrosis of the proximal femoral epiphysis in children resulting from compromise of the tenuous blood supply to this area.

It affects 1 in 10,000 children with a male to female ratio being 5:1. The disease is more commonly seen in less densely populated areas and  lower socioeconomic class

Both hips are involved in fewer than 10% of cases in a successive manner. That means both hips are never at the same stage of disease)

The cause is not yet established but appears to be multifactorial. Following factors could be responsible

Basically, there is a compromise of the blood supply of the secondary ossification centers in the epiphyses, resulting in necrosis, removal of the necrotic tissue, and its replacement with new bone.

Sometimes the bone replacement is complete resulting in normal bone.

The adequacy of bone replacement depends on

Normally, the growth plate receives its nutrition from vessels on its epiphyseal side. Interruption of these vessels causes infarction with necrosis of the proliferative zone of the growth plate.

Ossification of the metaphysis is interrupted and so the plate becomes thinner. Metaphyseal changes of widening and ‘cyst’ formation are seen commonly.

Bone resorption and trabecular fragmentation is seen in the apex of the head.

The articular cartilage shows increased thickness early in the disease because the deeper layer which ultimately forms the epiphyseal bone is deprived of its nutrition. The superficial layer, nourished from the synovial fluid, remains alive and thus appears relatively thick. The death of this deepest zone is not usually complete because recovery occurs and the head continues to grow subsequently.

Neck of the femur

Determined at the beginning of the fragmentation stage usually after 6 months after the onset of symptoms. It is based on the height of the lateral pillar of the capital femoral epiphysis on AP view of x-ray of the pelvis. It has the best interobserver agreement and provides good prognostic information.

However, the classification is limited to the fragmentation stage and cannot be applied in a patient who is yet to enter the stage of fragmentation.

Involvement of the anterior epiphysis only

Involvement of the anterior epiphysis with a clear sequestrum

Only a small part of the epiphysis is not involved

These indicate a more severe course of the disease

The earliest sign of Legg Calve Perthes disease is limp, also called abductor lurch, especially after exertion. The limp could be painless or there could be mild or intermittent pain in the anterior part of the thigh.

There may intermittent period without limp. The pain sometimes may be felt in the knee also.

Sometimes the patients are discovered incidentally at x-ray examination for some other reason.

On examination, the hip motion is limited.  Internal rotation is often markedly limited. It is accompanied by hip flexion contracture.

There is sometimes tenderness, both anteriorly and posteriorly over the hip joint area.

Thigh may reveal atrophy, and buttock atrophy may be apparent.

Findings may be normal.

Here is the lateral view

Goals of the treatment are

Indications for nonoperative treatment are

About 60% of the cases would not require operative intervention. Good outcomes are achieved by nonoperative treatment in cases of lateral pillar A and Catterall I groups [see classifications].

Surgical management typically involves either femoral osteotomy to redirect the involved portion within the acetabulum or innominate osteotomy. The two procedures yield equivalent results, but femoral osteotomy may cause shortening of the limb, leading to a chronic limp.

These are considered in children > 8 years of age, especially lateral pillar B and B/C type. Surgery done before femoral head deformity provides best results.

Legg Calve Perthes disease is a is a local self-healing disorder and treatment aims to prevent the following:

The development of any of these conditions can result in osteoarthritis at an early age.

The prognosis depends on the severity of involvement, its subsequent healing, and joint space preservation. Overall, the prognosis for recovery and sports participation is very good for most individuals.

The long-term prognosis is related to the potential for osteoarthritis of the hip as an adult.

Approximately half of the patients develop premature osteoarthritis secondary to an aspherical femoral head. 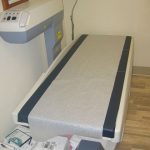 Frostbite is a freezing injury caused by cold exposure, most commonly affecting fingers, toes, and feet. At Risk People Frostbite occurs in people who are exposed to extremely cold temperatures like soldiers, homeless people, outdoor workers, skiers, and climbers or anyone with exposure to cold. People with the peripheral vascular disease, people on medications like […]