Xrays are basic investigations for orthopedic problems. To find the abnormal one must have an idea of normal.

This is how a normal foot x-ray looks like. The present image shows an anteroposterior and oblique view x-ray of the left foot.

On the left side of the plate, there is an oblique view x-ray of the foot. On the right side, there is anteroposterior view.

Another view that is commonly done in addition to these views is lateral view.

Here is a video that demonstrates how foot x-ray views are taken. In the video x-ray of the right foot is being done.

What to Look For in Normal Foot Xray?

The normal foot can be divided into three different regions

Following x-ray shows the location of these bones on x-ray.

The anteroposterior or dorsoplantar view is very good for visualizing medial elements – first and second metatarsal bones, medial and intermediate cuneiforms and medial articulation of the Lisfranc joint.

Sesamoid bones in the first toe is a normal finding.

Head, neck, and shaft of metatarsals are clearly visualized but bases blur.

The Lisfranc joint is another name for the tarsometatarsal joint. In this joint, first, second, and third cuneiforms, and the cuboid, articulate with the bases of the metatarsal bones.  The bones are connected by dorsal, plantar, and interosseous ligaments.

– Medial borders of the second metatarsal and intermediate cuneiform should be in line on anteroposterior x-ray.

– Medial borders of the 3rd metatarsal and lateral cuneiform should line up on the oblique view.

Phalanges and interphalangeal joints are better visualized in oblique x-rays. The base of fifth metatarsal [site for Jones’s fracture] and tarsometatarsal alignment should be checked. As noted in anteroposterior x-ray, for tarsometatarsal joints to be normal medial margins of tarsal bone and respective metatarsal should be aligned. Finally, the lateral tarsals and calcaneum should be analyzed. Oblique view x-ray of the foot also gives an opportunity to have second look at the navicular bone. 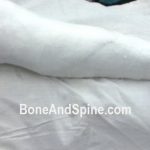 Hemarthrosis is a medical term for bleeding into the joint cavity. It literally means blood in the joint. Acute hemarthrosis can occur with trauma or as a complication of blood disorders such as hemophilia. The most common joints affected are the knees, ankles, and elbows but other joints can be affected as well. With management, a joint […]

Lower back pain can result from muscles and tendons of the back, nerve roots, joints of spine and viscera. Few of these lower back pain are acute whereas others are chronic in nature. The symptoms and severity of lower back pain vary greatly. What is seemingly a simple symptom may in fact point to a […]