Osgood Schlatter disease is osteochondrosis of tibial tubercle that results from repetitive quadriceps contraction through the patellar tendon at its insertion on tibial tubercle. This occurs in the period before puberty as the tibial tubercle is growing and is susceptible to strain. It is is a self-limiting disorder of the knee. It is named after Robert Osgood and Carl Schlatter who described this condition. Athletes involved in football, soccer, basketball, gymnastics, and ballet are most commonly affected.

Osgood Schlatter disease is a very common cause of knee pain in children aged 10-15 years.

Age ranges differ in boys and girls as girls experience puberty earlier than boys. The common age for boys is between 12 and 15 years and for girls, between 8 and 12 years. Both knees are affected in up to 20-50% of people with the condition. It is more common in boys than in girls probably because of higher participation of boys in sports earlier. The gender gap is narrowing as more girls become involved with sports.

Osgood Schlatter disease is reported to affect approximately 21% of athletic adolescents, as compared with 4.5% nonathletic controls.

Cause and Pathophysiology Osgood Schlatter Disease

The secondary ossification center or apophysis of the tibial tubercle appears at 8-12 years in girls and 9-13 years in boys. Fusion occurs with tibia at 14-18 years of age.

Osgood-Schlatter disease is possibly caused by repetitive strain resulting in multiple small avulsion microfractures from contractions of the quadriceps muscles at their insertion into the proximal tibial apophysis. The strength of quadriceps, in children who are in may exceed the ability of the chondro-fibro-osseous tibial tubercle to resist that force. The proximal area of the patellar tendon insertion separates, resulting in elevation of the tibial tubercle. During repair, new bone is laid down in the avulsion space leading to prominence and deformity. More and more microavulsions develop with continued play and prominence of the tubercle may increase further. The fragment may separate and lead to chronic pain.

Histologic studies support a traumatic etiology by confirming the presence of avulsion fractures in the distal portion of the tibial tubercle.

Knee pain usually is the presenting symptom and occurs during activities such as running, jumping, squatting, and the use of stairs. Pain often subsides with rest and activity modification.

Laboratory evaluation is not indicated for Osgood Schlatter disease but can be required to rule out other conditions.

Imaging studies are not required to make a diagnosis of Osgood Schlatter disease. But they may be required to rule out tumors, and acute tibial apophyseal fracture, and infection.

Xrays of most of the cases are normal. However, following radiographic findings may be noticed –

Lateral view, with the knee in slight internal rotation of 10-20° is best for viewing Osgood Schlatter disease.

Ultrasonography may reveal a normal tubercle and signal changes consistent with thickening in the patellar tendon and hypoechoic area of the adjacent soft tissue.

MRI may assist in the diagnosis of an atypical presentation but MRI’s role is currently limited.

In the acute period for pain relief NSAIDs may be used. Ice application every 2-4 hours, restriction of activities, knee immobilization are part of conservative treatment.

After the acute period is over, quadriceps-stretching exercises, including hip extension exercises, hamstring stretch exercises are performed.

Surgery in a patient whose skeleton is immature is not indicated as removal of ossicle from unfused apophysis can lead to premature fusion.

Tibial tubercle avulsions occasionally can occur due to the contracture of the extensor mechanism. Open reduction and internal fixation is recommended.

A large ossicle after fusion of tibial tubercle may persist and interfere in kneeling activities. Excision of the bursa, ossicle, and any prominence can be done to relieve the symptoms.

Corticosteroid injections are not recommended because they may cause subcutaneous atrophy.

The prognosis in Osgood Schlatter disease is excellent as the disease is usually self-limiting. Usually, the patients return to activity after 2-3 weeks, but symptoms may continue for up to one year. Following fusion of tibial tubercle, the condition resolves by the time the patient is aged 18 years but in approximately 10% of patients, however, the symptoms continue unabated into adulthood despite all conservative measures causing discomfort with kneeling, residual bony deformity and painful ossicles in the distal patellar tendon. 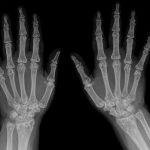 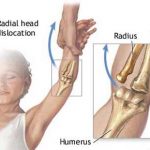 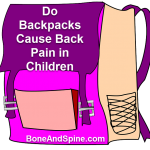 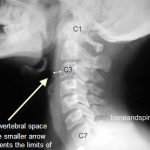 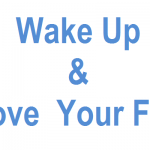 Damage to the spinal cord and subsequent neurological deficit may occur during surgery of the spinal cord. Stagnara wake up test aims at recognizing early intraoperative warning of potential damage. If the injury is recognized, steps can be taken to undo the process that might have caused it. For example, if spinal injury signs are […]