Palindromic rheumatism is recurrent arthritis characterized by episodes of painful swelling of one [usually] or more joints for hours to days often without any obvious triggers or warning symptoms. Any joint(s) may be affected, but finger joints, wrists, and knees are most commonly affected

Between episodes, people with palindromic rheumatism have no symptoms and the time between episodes may last from days to months.

A significant number of patients with palindromic rheumatism develop the chronic rheumatic disease, especially rheumatoid arthritis but it is controversial whether it is a disease entity in itself or just precursor of rheumatoid arthritis. Other people may develop lupus and/or other systemic disorders which include systemic lupus erythema­ tosus, spondyloarthropathy, Wegener’s disease, Sjögren’s syndrome, psoriatic arthritis, systemic sclerosis, antiphospholipid syndrome, Behçet’s disease, and polymyalgia rheumatica, among others.

The term ‘palindromic’ derives from the Greek, ‘palin dromein’, which means ‘returning, recurring’,

It was originally described by Hench and Rosenberg in 1944, characterized by multiple, recurrent, painful attacks of inflammation of the joints and adjacent tissues.

Due to its rarity, it has been scarcely reported in the literature.

Recently, it has been suggested that this condition is much more common than previously thought. Some authors suggest that 10–15% of patients with rheumatoid arthritis begin with an episode of palindromic rheumatism.

Familial cases have also been described.

Remission of attacks during pregnancy and their reactivation 2–3 months later has also been reported.

The cause of Palindromic rheumatism is not known yet.

Allergy and deficit of C1 esterase inhibitor or complement activation has been suggested but no evidence has been found till now.

There are no established known triggers.

Stress, excitement, vigorous exercise, cold and psychological factors like anxiety have been suggested as possible triggers but again, no evidence has been found.

In diet, foods that may trigger attacks have been suggested. These are s cheese, fish, canned vegetables like corn and peas and eggs, strawberries, grape­ fruit, mint, and foods containing nitrate, have been suggested without lack of evidence.

In nutshell, there is no proven cause or triggers for palindromic rheumatism.

The condition is characterized by multiple, sudden, irregularly­recurring attacks of pain, swelling and/or erythema that affect the joints and adjacent structures. Fever and constitutional symptoms are usually absent.

Attacks begin abruptly. The pain is usually mild but could be sometimes severe and disabling.

Attacks may last from a few hours to a week but usually last 24–72 hours. The frequency may vary between monthly and daily.

Constitutional symptoms and fever are rare.

The most fundamental feature is the swelling and diagnosis should be there is only pain and no swelling.

Usually, a single joint is affected, rarely two or more. Periarticular structures may be affected in up to 30% of cases.

Attacks are often repeated in the same joint but new locations may get involved.

The attacks remit spontaneously and patients are completely asymptomatic between the recurrences.

During the attacks,  patients may have painful, erythematous plaques, which are nonpitting to pressure, appearing and disappearing suddenly. These may be located in the affected joint or elsewhere. Forearms, hands, feet, and ankles are the most common sites.

Intradermal or subcutaneous nodules, especially in the hands, may appear in parallel with the joint manifestations in about 30% of the people. These normally disappear within a few days].

The original studies found that radiography showed no joint destruction (erosions) in patients with PR, even those who had suffered more than 100 acute attacks. In cases that have evolved to RA, erosions are not very different from those found in typical cases of RA

It is mainly clinical and based on history and examination. The patient needs to be observed for a period before diagnosis could be reached at.

Many diagnostic criteria have been suggested

Treatment of PR is challenging and still evolving.

When the attacks are polyarticular, or when the patient has risk factors, the empirical use of dis­ease­modifying antirheumatic drugs should be considered.

Disease-modifying antirheumatic drugs (DMARDs) may also be an option for those with refractory, frequent attacks.

Hydroxychloroquine (a DMARD) reportedly may help control attacks and reduce the risk of progression to rheumatoid arthritis. The response to antimalarials ranges between 15  and 80%

Glucocorticoids have also been used, with some improvement during acute attacks;

Other DMARDs have been used with varying results. These include d­penicillamine, sulfasalazine, chlorambucil,  etc. There are no published studies on the use of leflunomide, methotrexate or biologics in PR.

Prognostic factors for palindromic rheumatism are not known 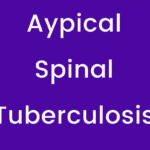 Infectious myositis is an acute, subacute, or chronic infection of skeletal muscle. It was considered a tropical disease once but now seen in temperate climates as well, particularly with the emergence of HIV infection. Viruses, bacteria (including mycobacteria), fungi, and parasites can cause infectious myositis. Infectious myositis has a male predominance and is typically seen […] 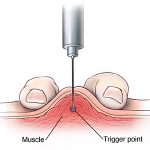