Purines are natural substances that form part of the chemical structure of our genes and the genes of plants and animals. Though these are present in many foods, a relatively small number of foods contain concentrated amounts of them.

By and large, these foods are also high-protein foods.

are metabolized into uric acid. Uric acid serves as an antioxidant in the body.

Hyperuricemia is more than normal level of uric acid in the blood and it can lead to gout.

As a part of the treatment of and its effects, dietary modification is suggested which consists of reducing intake of purine-rich foods.

The ones from meat and fish clearly increase our risk of gout, while purines from vegetables fail to change our risk.

In contrast, dairy foods appear to lower our risk of gout.

Elbow arthrocentesis refers to puncture of the elbow joint and the aspiration of its synovial fluid. It is used for synovial fluid analysis to aid in diagnosis and also for therapeutic purposes. Analysis of the removed fluid helps to reach at its etiology. Anatomy of Elbow Joint Elbow region is the connecting region between arm […] 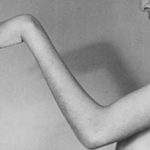