Rickets is a condition where there is a defect in mineralization of the osteoid matrix caused by inadequate calcium and phosphate. If the defect occurs before the closure of the physis, it is known as rickets. The same defect when occurs after physeal closure is called osteomalacia

Rickets or rachitis is a disease of infancy and characterized clinically chiefly by softened and deformed bones.

Most of the vitamin D is provided by the sunlight. The frequency of rickets has been increasing internationally. Possible reasons include

Rickets is most often seen, at periods of peak growth, in particular in the first 2 years of life but also during the adolescent growth spurt.

Causes and Types of Rickets

Nutritional deficiency of vitamin D from sunlight, diet, or both, is the most common cause of rickets. However, genetic or acquired disorders of the gut, liver, kidney, and metabolism can present with rickets.    In rare cases, abnormalities that mainly affect phosphate metabolism or bone-tissue mineralization might be the cause.

These are rare disorders with genetic causes. Consanguinity may be present in these cases.

The disorders affect the hydroxylation of vitamin D3 and thus formation of calcitriol.

VDDR-I is also called pseudovitamin D deficiency rickets. It is caused due to deficiency of 1-alpha-hydroxylase deficiency. It is characterized by early onset of rickets occurring within the 1st year of life and severe hypocalcemia. Enamel hypoplasia may occur.

Is a very rare form of rickets. It is an autosomal recessive disorder. It is associated with end-organ resistance to 1,25(OH)2 D, usually caused by mutations in the gene encoding the vitamin D receptor.

Consanguinity is common. Early onset hypocalcemia is seen and it causes severe rickets.

This disorder initially called vitamin D resistant rickets, is now called hereditary hypophosphatemic rickets because the primary problem is phosphate wasting rather than true vitamin D resistance. Hypophosphatemic rickets is of many types depending on the target gene affected and mode of inheritance. But broadly divided into two groups. With raised FGF 23 and without.

Other hypophosphataemic disorders with rickets are a metabolic disease of prematurity, McCune Albright syndrome, and Fanconi renal tubular syndrome.

Some of the genetically determined forms of hypophosphatemic rickets lose phosphate as a result of inhibition of the renal sodium-phosphate cotransporter. In these forms of rickets, there are raised circulating concentrations of fibroblast growth factor 23 (FGF23).

Rickets associated with raised serum FGF23, replacement of phosphate is required alongside the use of either calcitriol.

In infantile hypophosphatasia, there is absence or severe deficiency of tissue alkaline phosphatase. There is a failure to clear pyrophosphate and other mineralization inhibitors. It presents with rachitic phenotype in the first days and months of life.

Endochondral ossification is the process by which cartilage is transformed into bone. During these processes, there is extensive deposition of new unmineralized bone tissue, known as osteoid.

Rickets is the failure to mineralize the osteoid of growing bones, leading to accumulation of demineralized osteoid at sites of growth.

In nutshell, disruption of calcium/phosphate homeostasis leads to poor calcification of cartilage matrix of growing long bones at the zone of provisional calcification.

Normally, vitamin D is in its active form 1,25-dihydroxycholecalciferol or calcitriol leads to increased levels of calcium and phosphorus in extracellular fluid and leads to the calcification of osteoid in the growing bones.

In response to bone resorption, there is a compensatory attempt at bone formation. Overactive osteoblasts lead to increase in levels of alkaline phosphatase.

This leads to disruption of the orderly progression of endochondral ossification because the calcification of the matrix becomes deficient. Accumulation of proliferated cartilage and osteoid tissue results in a widened, irregular epiphyseal line of radiolucency extending deeply into the metaphysic.

A layer of osteoid often develops subperiosteally as an exuberant growth near the epiphyseal plate. Characteristic globular enlargements are formed in typical situations such as the costochondral junctions of ribs (rachitic rosary). The marrow displays a moderate degree of vascularity and fibrosis.

On healing, calcium salts are deposited in the zone of preparatory calcification. The osteoid promptly becomes calcified and transformed to the bone. The thickness of the epiphyseal plate is reduced to normal size. Osteoid trabeculae throughout the metaphysic and the shaft after conversion to bone resume their normal architecture. The fibrotic marrow is replaced by fatty and hematogenous elements. A bowed extremity often corrects itself spontaneously.

There is little evidence of any specific genetic predisposition to nutritional rickets.

There are several disorders of phosphate and vitamin D metabolism that give rise to rickets.

Simple rickets is most common in infancy and at puberty due to faster growth.

Preterm infants are at risk of metabolic bone disease during the initial period in hospital owing to an inadequate supply of phosphorus and calcium.

Frank rachitic changes in the bones may be seen in infants born to mothers who are severely malnourished or have malabsorption.

The cause of rickets at this age is simple vitamin D deficiency in almost all cases, but in a sunny climate, in a community drinking little milk, calcium deficiency is possible.

Iron deficiency causes vitamin D deficiency and the two may occur together in this age group.

The contribution of the sun to vitamin D synthesis depends on latitude, season, exposure to direct sunlight, and skin color

Conversion becomes less effective and the effect of the season becomes greater with increasing distance from the equator. Therefore greater exposure is required.

Indoor living[disabled children, girl child in some communities] use of sunscreens can lower vitamin D concentrations.

Milk consumed during infancy contain limited amounts of calcium. The net absorption of calcium and other minerals is limited by other food substances, such as phytate, present in most cereals.  Cow’s milk is rich in phytates

Phosphorus is abundant in most diets but there may not be enough in rapidly growing low-birthweight babies. Phosphate may be precipitated in the stomach by antacids.

In cases where calcium deficiency is severe,  the infant displays increased restlessness, profuse diaphoresis, skin pallor, and a disinclination to play. Diarrhea and respiratory infection may occur. Occasionally, irritability of the central nervous system (hypocalcemia) results in spasms, convulsions, Chvostek’s sign, and opisthotonus.  But this is rare.

Most children have muscular hypotonia. Proximal myopathy is present in infants and adolescents. Heart failure simulating cardiomyopathy with severe hypocalcemia may occur.

Craniotabes (areas of thinning and softening of bones of the skull) occur in infants with vitamin D deficiency.

If rickets occurs at a later age, thickening of the skull develops leading to frontal bossing. There is a delay in the closure of the anterior fontanelle.

Clinically, metaphyses appear widened due to continued laying down of uncalcified osteoid. Wrist widening is seen in crawlers.

Due to softened bones, deformities appear in weight-bearing bones. Knee deformities like bowlegs and knock-knees are most common bony deformities.

In the chest, knobby deformities result in the so-called rachitic rosary along the costochondral junctions. The weakened ribs pulled by muscles also produce flaring over the diaphragm, which is known as Harrison groove. Chest cage narrowed transversely and elongated anteroposteriorly (pigeon breast)

The abdomen is protuberant and pelvis gets compressed transversely by weight bearing leading to narrowing of the inlet.

Dentition may be delayed.

Incomplete fractures may occur as a result of an insignificant trauma.

Unrecognized and untreated rickets may lead to dwarfism is allowed to develop over a long period of time.

Fibrous-cystic osteitis or Brown Tumors may be associated with the secondary hyperparathyroidism (rare).

Myelofibrosis of the marrow may lead to pancytopenia or microcytic hypochromic anemia which return to normal when treated with vitamin D.

Carpopedal spasm [cramps of the muscles in hands and feet]

X-rays are imaging investigation of choice. AP and lateral views of affected bone are done. When a suspected case of rickets is encountered skeletal survey may be ordered which includes bones of the long bones of the upper limb, lower limb, spine, and skull.

Following x-ray very well shows the deformity of legs and thickening of cortices on the concave side.

During healing, a dense line appears at the epiphyseometaphyseal junction. This is the newly calcified cartilage. The epiphyseal line becomes narrower and well defined.

Transverse trabeculations reappear, and cortices resume their density and definition. Bending deformities with continued growth often disappear or subside to a great degree.

Following parameters are tested. [Note – not all parameter are tested in every patient. Instead, the investigation profile is individualized.

Calcium levels are lower or normal, usually near the lower limit of normal because the levels are maintained by a secondary rise in parathyroid hormone.

These levels normally vary with age. Normally found in a range of 1·2–2·1 mmol/L.

Phosphate levels are normal in the initial period. In the later course, levels are, slightly low because parathyroid hormone increases renal excretion.

Normal values vary with age and method: 1–6 pmol/L. Higher than normal values are needed to maintain serum calcium in rickets. Parathyroid levels can be monitored to gauge the adequacy of treatment.

It is usually below 10 nmol/L in most cases of radiologically proven rickets. Concentrations below 25 nmol/L are definitely deficient. Levels are dependent onthe type of assays used.

Normal values 43–139 pmol/L, up to 250 pmol/L in preterm babies. It is not commonly required to be measured. Normal or high in most cases of nutritional rickets.

Excretion of hydroxyproline peptides and pyridinium cross-links (from collagen) is increased; These measurements are rarely made.

Gene defects could be looked for confirmation of hereditary conditions

To control continuing seizures, diluted 10% calcium gluconate can be given intravenously over 30–60 min, though it is rarely necessary. In the newborn infant, intramuscular magnesium sulfate can be added if necessary. The objective is to halt seizures rather than increase serum calcium.

Treatment of the nutritional rickets is correcting the vitamin D deficiency. Other types of rickets need additional treatment which depends on the disease/cause.

The treatment consists of administration of vitamin D and exposure to sunlight.

Phosphorus is abundant in the diet so supplementation is not needed in simple rickets.

But phosphate is necessary for very preterm babies and in the phosphate-wasting causes of rickets.

If severe deformities have occurred, surgical correction may be required after healing. Most of the deformities correct with growth.

Following algorithm is used for management of various types of rickets

Some physicians do not recommend administration of vitamin D as an intramuscular injection as a routine measure due to the risk of hypercalcemia and nephrocalcinosis.

Methods of prevention are the same as for any other nutrient deficiency, plus the need to promote exposure to sunlight. 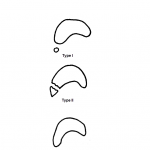