Sacral [or lumbosacral agenesis in severe cases where lumbar spine is also involved] characterized by the absence of the variable portion of the caudal portion of the spine. It is a very rare deformity.

Patients with this deformity lack motor function at the affected vertebral level and sensory functions below the affected level.

It is also known as

Type II – Partial sacral agenesis with a bilaterally symmetrical defect, a normal or hypoplastic sacral vertebra, and a stable articulation between the ilia and the first sacral vertebra.

Type III – Variable lumbar and total sacral agenesis, with the ilia articulating with the sides of the lowest vertebra present.

Type IV – Variable lumbar and total sacral agenesis, with the caudal endplate of the lowest vertebra resting above either fused ilia or an iliac amphiarthrosis.

Type II defects are most common, and type I are least common. Types I and II usually have a stable vertebral-pelvic articulation, whereas types III and IV produce instability and possibly a progressive kyphosis.

The exact etiology of sacral agenesis is unknown. Maternal diabetes is the risk factor. Exposure to organic solvents in early pregnancy may increase the incidence.

The clinical appearance of sacral agenesis patient ranges from one of the severe deformities of the pelvis and lower extremities to no deformity at all.

Patients with partial sacral or coccygeal agenesis may have no symptoms.

The posture of the lower extremities has been compared with a Sitting Buddha (see image below). 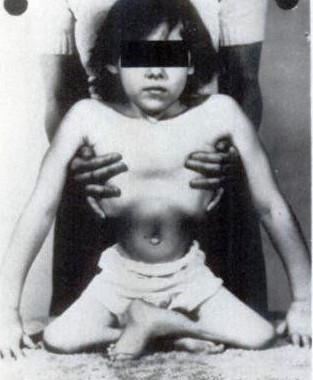 Anomalies in the genitourinary system and the rectal area, are common.

Examination of the back reveals a bone prominence representing the last vertebral segment and may reveal gross motion between this vertebral prominence and the pelvis. Flexion and extension may be found to occur at the junction of the spine and pelvis rather than at the hips.

Neurological examination usually reveals intact motor power down to the level of the lowest vertebral body that has pedicles. Sensation, however, is present down to more distal levels.  Bladder and bowel control often is impaired.

Presentation depending on the severity is considered as follows

The vertebropelvic articulation is usually stable. The unilateral absence of the sacrum results in an oblique lumbosacral joint and a nonprogressive lumbar scoliosis. A calcaneovarus deformity of the foot may be present. Sensory loss corresponding to involved sacral roots may be present.

The vertebropelvic junction is stable if associated myelomeningocele is not present. Progressive scoliosis from associated congenital anomalies of the spine may occur.

Motor paralysis is present and sensation usually is normal. Anesthesia may be present at S4 level or distal. Motor and sensory loss is higher in patients 2ith associated myelomeningocele.

Unilateral or bilateral hip dislocation can occur in this type. Most patients are ambulatory.

The lumbopelvic junction is relatively stable and progressive kyphosis and scoliosis may develop especially when associated myelomeningocele is present.

The buttocks are flattened, the cleft is shortened, and each buttock is dimpled lateral to the cleft. The normal convexity of the sacrococcygeal region is lost. Hip dislocation, knee contracture, and foot deformity are common. This group of patients is not able to walk or stand without support

There is a complete absence of the lumbar spine and sacrum. Patients are of short stature with loss of normal convexity of sacrococcygeal joint and there is a disproportion in thorax and pelvis.

The pelvis is very unstable and tends to roll up under the thorax and drop forward.

Severe kyphosis and scoliosis are common and require surgical treatment for stabilization. These patients have no bladder or bowel control and show almost all associated deformities as mentioned before.

This group of patients requires spinal-pelvic stabilization or extensive orthotic support to ambulate.

Type I and II patients [partial or complete absence of the sacrum] have an excellent chance of becoming community ambulators. Foot and knee deformities in these patients should be corrected.

Nonprogressive kyphosis or scoliosis do not require any treatment whereas progressive scoliosis or kyphosis requires operative stabilization.

Reconstruction of the lower limb in type IV sacral agenesis has not been successful, because of the absence of muscle fibers and major motor nerves. Bilateral subtrochanteric amputation followed by fitting of a pelvic-thoracic bucket and a hip disarticulation prosthesis can provide partial ambulation.

Damage to the spinal cord and subsequent neurological deficit may occur during surgery of the spinal cord. Stagnara wake up test aims at recognizing early intraoperative warning of potential damage. If the injury is recognized, steps can be taken to undo the process that might have caused it. For example, if spinal injury signs are […] 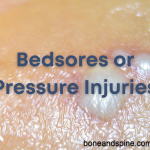 Bedsores are localized injuries to the skin and underlying tissue that usually occur over a bony prominence as a result of pressure. These can also occur as a result of a combination of pressure and shear and/or friction in the areas with partial. Similarly, complete blood flow obstruction may cause bedsores. There are various other […] 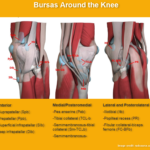