Sprengel deformity refers to a congenital high scapula and is a congenital anomaly associated with malposition and dysplasia of the scapula causing disfigurement and limitation of shoulder movement.

Sprengel deformity is the most common congenital malformation of the shoulder girdle affecting males three times more than females. It is named so after Sprengel who described it.

The condition is sporadic but may be found in families in autosomal dominant inheritance.

The condition occurs due to a failure of descent of scapula.

In the embryo, the scapula is a cervical appendage that differentiates opposite the fourth, fifth, and sixth cervical vertebrae at about 5 weeks.

By the third month of intrauterine life, in a normal fetus, it comes down to thorax in its usual place.

Serratus anterior, pectoralis major, latissimus dorsi, or the sternocleidomastoid may also be involved

The affected scapula in Sprengel’s deformity is abnormally high. It is small, with a smaller vertical diameter and an apparently greater width. Its shape is distorted, is smaller than normal in the vertical plane and appears larger horizontally.

The inferior angle is rotated medially, causing the glenoid to face inferiorly.

An omovertebral bar is a  fibrous, cartilaginous, or bony connection that exists in about one-third of cases and spans the superomedial angle of the scapula to the spinous process, lamina, or transverse process of the cervical vertebrae.

It adds to the restriction of shoulder motion.

The shoulder girdle musculature is usually defective, the trapezius being most often affected. The muscle may be absent or weak, especially in its lower portion. The rhomboids and levator scapulae are usually hypoplastic and partially fibrosed. The serratus anterior may be weak.

The pectoralis major, pectoralis minor, latissimus dorsi, and sternocleidomastoid muscles may be affected.

The humerus may be shortened on the affected side.

The clavicle may be malformed or hypoplastic, or it may fail to articulate with the acromion. Congenital shortening of the femur, incomplete intercalary tibial hemimelia, radial hemimelia, and ray defects of the hand and foot are other rare associated congenital anomalies.

Kidney malformations, such as ectopia, hypoplasia or absence of a kidney are infrequent but do occur.

Mild deformity. The shoulders are almost level, and the deformity cannot be noticed with the clothes on.

Mild deformity. The shoulders are almost level, but the superomedial portion of the high scapula is visible as a lump.

Moderate deformity. The affected shoulder is elevated 2-5 cm higher than the opposite shoulder.

Severe deformity. The scapula is very high, with the superomedial angle at the occiput, with neck webbing.

The asymmetry of the shoulder caused by the upward and forward displacement of the scapula is the salient physical finding.

The deformity is usually noticed at birth; it progresses with growth. It is more preponderant in girls.

The deformity may be bilateral. The level of the scapula in relation to the vertebral column varies with the severity of the condition.

On the affected side, the neck is fuller and shorter. The affected scapula is often tilted obliquely upward and laterally at an angle of 25 degrees from the horizontal.

Passive motion of the glenohumeral joint is usually within normal range. Scapulocostal motion is restricted owing to the loss or marked decrease of mobility of the scapula over the thorax secondary to omovertebral bone or fibrous adhesions binding the scapula to the ribs.

Kyphosis and Torticollis may be present. Deformities of the rib cage, such as the absence of ribs, may be clinically palpable.

When the condition is bilateral, the neck appears very short and thick. Abduction is limited in both shoulders, and the cervical lordosis may be increased.

There are few syndromes in which Sprengel deformity may be associated. These are quite rare syndromes.

Radiograms will demonstrate the elevation of the scapula and its associated bony deformities. They are best visualized by taking the following views

In patients where surgical correction is not required, the treatment consists of physical therapy for providing strength and range of motion. In infants and young children, passive and active stretching should be initiated.

If the deformity is severe and functional impairment is high surgical correction must be considered.

The main objectives in performing surgery are to improve the cosmetic appearance and contour of the neck and to improve the scapular function when it is severely impaired. Best surgical results are obtained before 8 years of age.

Surgery removes the structure that binds the scapula and relocates it.

Modified Green scapuloplasty and Woodward procedures are most successful in Sprengel deformity.

Both are done in moderate to severe cases of the deformity.

Bicipital tendonitis [also called biceps tendinitis or tendionpathy], or, is an inflammatory process of the long head of the biceps tendon. Bicipital tendinitis can occur due to impingement or rotator cuff injuries, tears of glenoid labrum, and other intra-articular pathologies. Pathophysiology of Bicipital Tendonitis Biceps has its origins from two heads. The long head biceps […] 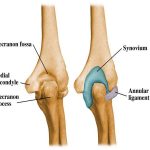 Elbow pain can be due to the problem in elbow joint, bones forming the joint or the tissues surrounding it. Elbow joint is formed by humerus bone above, and radius and ulna bones below. Most elbow pain results from overuse injuries. Relevant Anatomy of the Elbow Lower End of Humerus The lower end of the […] 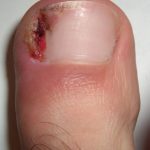 Bivalved cast means the cast cut into two halves. This might be required in cases where frequent inspection in the cast is required, the patient is to be put on a range of motion exercises or a patient Position the patient. Depending on the type of cast applied his cast, it could be sitting or […]

Distal femur fractures have traditionally been associated with young patients but are increasing in the geriatric population. They are commonly found … END_OF_DOCUMENT_TOKEN_TO_BE_REPLACED