Posterior sternoclavicular joint dislocations can be life-threatening due to complications like airway, neurovascular injury, and esophageal injury.

The clavicles are well received in these notches and held by ligaments. There is an intraarticular disc between two articulating surfaces. 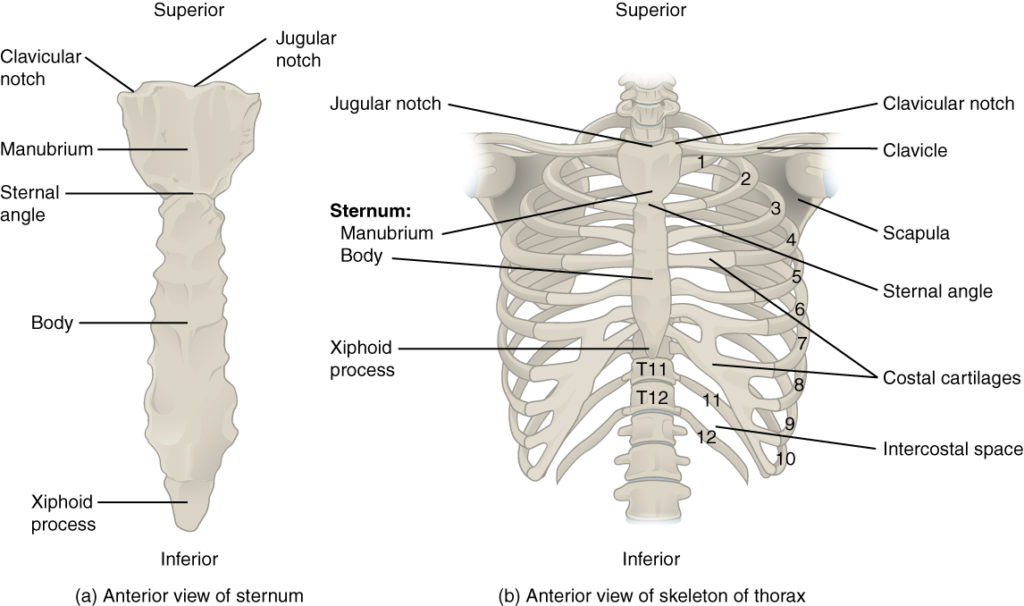 The sternoclavicular joint has little inherent stability but is supported by strong joint capsule ligaments. The capsule surrounding the joint is weakest inferiorly.

The ligaments of the joint include

These respectively insert onto the anterior and posterior surfaces of the manubrium.

The interclavicular ligament connects the superomedial portions of each clavicle.

The articular branches of the internal thoracic and suprascapular arteries are responsible for the blood supply of the sternoclavicular joint.

It is a short, flat ligament that in form that attaches below to the upper and medial part of the cartilage of the first rib.

It goes posterolaterally to attach to the costal tuberosity on the inferior aspect of the clavicle.

Nerve supply is by the branches of the medial suprascapular nerve.

Important posterior vascular relations of the sternoclavicular joint are

Hence, posterior dislocation of the joint may put these structures at risk of injury.

The sternoclavicular joint provides mobility in two planes mainly an upward-downward movement of clavicle and front-back displacement of the clavicle. There is mild rotational movement too, making it have three degrees of freedom.

It requires a substantial force to dislocate a sternoclavicular joint.

Patients with ligamentous laxity may be prone to this injury.

There is another type of sternoclavicular joint injury called atraumatic subluxation and dislocations.

In an acute injury, the patient complains of pain in the chest and shoulder region. The head is tilted towards the affected side. The pain worsens on the movement of the arm and when the person is in the supine position.

Pain tends to be more severe with posterior dislocations.

Other associated symptoms that may be present are

[In unconscious patients, the injury should be suspected in cases of swelling in the region and should be investigated accordingly so as not to miss the severe injury.]

Shock and pneumothorax may be present in posterior dislocations of the sternoclavicular joint.

The affected shoulder usually appears shortened and thrust forward. Chest of the patient should be examined in detail especially when there is tachypnea, stridor, hoarseness and other signs of respiratory distress.

The limb should be examined for neurovascular status.

It must be noted that posterior dislocations are more subtle in appearance at the injury site but the risk of other injuries is substantial.

Special X-rays for better visualization are discussed as follows.

CT scan is the best modality to study sternoclavicular joint injury. It helps to distinguish articular injuries of the joint from fractures of the medial clavicle.

Angiography or esophagoscopy may be needed in posterior dislocations.

Mild anterior sternoclavicular injuries are often stable. Ice application for 12 -24 hours followed by immobilization of the limb is done for 4 days to one week. Following that the limb should be gradually used in day-to-day activities.

Moderate injuries [subluxation] can be reduced by drawing the shoulders backward. Once the reduction occurs the limb is immobilized for about 2 weeks.

A clavicular immobilizer is used to hold the reduction.  Alternatively, a figure of 8 bandage can be used.

Severe injury means dislocation. A treatment approach similar to subluxations can be tried but often is not successful and the patient often requires surgery.

For closed reduction, under local or general anesthesia or sedation, the patient is placed supine on the table. Keep a thick pad between the shoulders. Reduce the joint with direct gentle pressure over the anteriorly displaced clavicle while an assistant pushes both the shoulders back to the table.

After reduction, the shoulders should be held back for 4 to 6 weeks with a figure-of-eight dressing. Gradual mobilization is begun after that.

For mild to moderate injuries, a figure-of-eight bandage for 2 to 6 weeks is applied for immobilization.

Severe injury or dislocation may be accompanied by damage to the structures posterior to the joint and a detailed evaluation should be done.

A nonoperative approach may be tried especially in young adults.

Under general anesthesia or sedation, the closed reduction should preferably be done within 48 hours.

The abduction traction technique is the most commonly used technique for reduction.

The patient is placed on his back with the dislocated shoulder near the edge of the table. A thick sandbag is placed between the shoulders.

Lateral traction is applied to the abducted arm, which is then gradually brought back into extension. The clavicle usually reduces with an audible snap or pop, and it is almost always stable.

Operative treatment of posterior sternoclavicular dislocation should be considered when the dislocation is not reducible.

The surgery involves the reduction and augmentation of joint ligaments by the use of tissue such as fascia lata or subclavius tendon.

The suture can also be used.

Other described procedures are osteotomy, arthrodesis, and resection of the medial end of the clavicle.

Pyogenic infection of the spine is rare, constituting only about 2-8% of overall pyogenic infection. The spectrum of pyogenic infections includes spondylitis, discitis, spondylodiscitis, pyogenic facet arthropathy, epidural infections, meningitis, and myelitis. The incidence of spinal infections has increased recently due to globalization, improved life expectancy, comorbidities like diabetes, overuse of antibiotics, immunosuppression and other immunocompromised […]