Syphilis of joints may occur in most stages of congenital and acquired syphilis. Diagnosis is materially assisted by concomitant signs or symptoms of syphilis and blood serological and cerebrospinal fluid tests. The latter are invariably positive in the early stages but are not so reliable in late syphilitic lesions, being positive in only about 50 percent of these cases.

Antisyphilitic treatment is clearly indicated in all cases of syphilitic arthritis, but the response-unless in the early stages of the disease, both in the inherited and acquired forms-is in the main not encouraging.

It need hardly be stressed that a negative blood serological tests does not exclude syphilis as the cause of arthritis. Syphilis of joints may occur at all stages of the disease and in both the inherited and acquired forms.

Within the first 8 months of life, osteochondritis, especially of the long bones and ribs, may cause pseudoparalysis of the limbs with characteristic radiologic changes in the bones. This is an epiphysitis, or a juxtaepiphyseal inflammation, which occurs during the first few months of life in children with inherited syphilis. It affects the upper limbs more frequently than the lower and is often associated with an effusion into the adjacent joint.

The gelatinous tissue breaks down to form a greenish-yellow fluid from which a strongly positive treponema immobilization reaction is obtainable. The extremities of the bones at which growth principally takes place-knee, shoulder and writs-are more frequently involved, the epiphyseal region becoming large and tender.

Separation of the epiphysis may occur and give rise to an unwillingness to move the joint-syphilitic pseudoparalysis.

The radiographic changes are an irregularity of the epiphyseal line cupping of the metaphysic, widening of the articular space, thickening of the periosteum and decalcification of the neighboring bone.

Anti-syphilitic treatment may produce a complete resolution, but the growth cartilage may be so damaged that, later, shortening or deformity arises.

It occurs between 5 and 20 years of age in both sexes. This condition results in symmetrical joint swelling seen in patients with congenital syphilis. It is also known as symmetrical hydrarthrosis of childhood. Knees are most commonly affected by synovitis and joint effusions followed by the ankles, elbows, wrists, and fingers. It is usually painless and usually no disability associated with the joint swelling. Recovery is usually complete.

The joint condition first described by Clutton in 1986. Patients are able to walk quite well.

The condition shows a slow response to treatment and appears to run its own course. Spontaneous recovery may take place. Relapses are unlikely.

Arthralgia forms part of the clinical picture in the secondary stage. It may even appear before the early rashes. The pain is never severe and can often be more correctly described as an ache.

It usually affects one or more of the larger joints and pain is mainly in the night. There is little muscular spasm. There is usually at  no local swelling, heat or tendency to deform.

It occurs as serous synovitis in the later stages of the disease.  It usually involved two or more joints, especially the knees and often in a symmetrical manner.

The joint contains abundant fluid and there is swelling of the synovial membrane. Pain is of a moderate nature.

Gummatous arthritis may affect a whole joint, or be localized to a part of a joint. It is onset is usually insidious, less commonly acute and sudden. Usually, the joint is previously normal, though occasionally it is superimposed on a secondary syphilitic joint lesion such as hydrarthrosis.

The commonest joints to be affected are the knee, ankle, elbow, and shoulder, but smaller ones, such as the interphalangeal joints, are occasionally affected. There is considerable but painless effusion, but exceptionally, pain may be severe, and the disease simulates tuberculosis.

The pathological changes are limited to the outer layers of the capsule and consist of thickening and perivascular infiltration.

The whole of one large joint is affected, most commonly knee. The condition resembles osteoarthritis both pathologically and on x-ray examination. Distension of the joint is present, and some increase in the density of the periarticular soft parts can be seen.

The spine is sometimes affected and the disease then closely simulates tuberculosis, the diagnosis is made only when other symptoms or signs of syphilis are present, blood serological test.

Even in well-established gummatous arthritis, timely treatment can produce great improvement, though not so much as in the earlier cases.

A weight-bearing caliper should be worn throughout the active stage of the disease but it should be taken off daily so that the joint may be put through its full range of movements without weight-bearing.

Also called tabetic arthropathy, this is considered to be neuroarthropathic in origin. It usually occurs in acquired syphilis but may very occasionally follow inherited syphilis. The large joints the knee, ankle, hip or shoulder are commonly affected, but rarely multiple large or smaller joints may be involved.

The early stages of rapid exudation into the joint cavity and periarticular structures are rapidly followed by a painless disorganization of the articular and surrounding structures.

Radiological examination shows gross disorganization, the disappearance of cartilage and articular margins, and bony rarefaction with calcification in the capsule. Fragments of bones are commonly found lying free in the joint.

Diagnosis is arrived at by correlating a history of a rapidly progressive and painless disorganization of a joint, without associated muscular atrophy, with the clinical and serological signs of locomotor ataxia (tabes dorsalis).

Other associated neurotrophic features may be present, such as perforating ulcers affecting the sole of the foot, or one of the toes, and pathological fractures may occur. Treatment is most unsatisfactory and very disappointing. 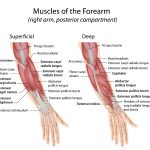 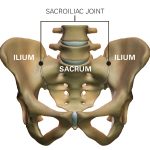