Tarsal coalition belongs to the category of flatfoot called rigid flatfoot. In this condition, the feet are stiff, angle outward from the leg and lack middle longitudinal arch. In most people, the condition begins before birth and is caused by a gene mutation that affects the cells that produce the tarsal bones. It has an autosomal dominant form of transmission. Though the coalition forms before birth, it is often not discovered until late childhood or adolescence.

There are seven tarsal bones in the foot. The calcaneus, talus, and navicular bones are those most often affected by the tarsal coalition.

The most common sites for a tarsal coalition are between the calcaneus and navicular bone, and between the talus and calcaneus.

Patients usually present during late childhood or adolescence, but presentations in adulthood are known.

Tarsal coalition is estimated to affect 1% people and has a significant male predilection.

The stiffness and stress that tarsal coalitions produce may lead to arthritis over time.

Tarsal coalition is inherited in an autosomal dominant fashion with high penetrance.

The normal motion of the subtalar joint during walking involves both rotation and gliding. During the stance phase, the subtalar joint rotates from valgus to varus to compensate for the external rotation of the tibia during this phase. Tarsal coalition restricts the internal rotation and the tarsal joints compensate, with flattening of the foot, loss of arch and a valgus at heel.

This also causes adaptive shortening of the peroneal tendons and reactive peroneal spasm. That is why the tarsal coalition is also called peroneal spastic flatfoot.

Pain associated with tarsal coalition may be due to ligament sprain, peroneal muscle spasm, surrounding tissue irritation, and degenerative changes.

Most of the tarsal coalitions are either calcaneonavicular or talocalcaneal, each contributing to almost 45% of the cases. Calcaneocuboid, talonavicular, cubonavicular coalitions are much much less common.

Calcaneonavicular usually involves the anterior process of the calcaneus whereas talocalcaneal involves the middle facet.

Many tarsal coalitions are asymptomatic and never discovered. The presenting age is usually adolescence mostly though presentation in adulthood is also known.

The main complaint is vague deep pain below ankle around the middle or back half of the foot.

The patient also may present with recurrent sprains as a rigid, flat foot roll the ankle more than normal on uneven surfaces resulting in sprains.

The pain gets better with rest but worsens with activity. The limp may or may not be present.

This test is done to evaluate the loss of subtalar motion.

In this, the examiner supinates the foot of a standing patient by raising the medial border of the forefoot and keeping the heel and lateral border in contact with the floor. When supination of the weight-bearing foot generates only a limited external rotation of the tibia [Notes by rotation of patella outwards] , tarsal pathology must be assumed.

Jack toe-raise test also demonstrates the fixed nature of the pes planus and the loss of hindfoot inversion.

It is also called Hubscher maneuver. The test is performed with the patient weight bearing, with the foot flat on the ground, while the clinician dorsiflexes the great toe and watches for an increasing convexity of the arches of the foot. Rigid flat foot lacks the arch formation.

Not required for diagnosis

Plain x-ray films are usually the first investigation of choice, and in many instances of a bony coalition, especially where there is a large bony bar and the medullary cavity is seen in continuity between the two bones. In fibrous coalitions, there is irregularity and narrowing of the bony interfaces and there is associated sclerosis usually.

A calcaneonavicular coalition is best seen on an oblique film. It usually involves the middle facet.

The calcaneonavicular coalition is suggested by anteater nose sign due to an elongated anterior calcaneal process. It may be present in children of 9 years and above.

The talocalcaneal coalition is best seen on the lateral view. It shows talar beak sign due to impaired subtalar movement, and C-sign of Lateur where  C-shaped line or ring around the dome of the talus and the inferior outline of the sustentaculum tali, is considered pathognomonic for subtalar coalition by some but studies differ on sensitivity and specificity of the sign.

CT scans have become the gold standard in the evaluation of tarsal coalitions.

MRI is also very good in the identification of tarsal coalitions and distinguishes between bony, fibrous and cartilaginous coalition. It also helps to identify medullary continuity between two bones.

Options available for surgery are

Given the ease and relatively good results of surgical treatment, coalition resection prior to the onset of arthritic changes has become more commonly indicated. Larger, more severe coalitions that cause significant deformity and also involve arthritis may be treated with joint fusion. The goal of fusion is to limit movement of painful joints and place the bones in the proper position. Infusion for tarsal coalition, the bones may be held in place with large screws, pins, or screw-and-plate devices.

Removal of the Tarsal Coalition

The surgery involves simply removing the abnormal tissue to allow motion of the back part of the foot. A soft tissue spacer, such as fat or tendon, is placed at removed coalition site to limit bone re-growth. This surgery preserves the rearfoot joints. It does not specifically correct any structural malalignment.

Removal of the Tarsal Coalition with Flat foot Corrective Surgery

This surgery involves removing the abnormal coalition and correcting the flatfoot in a single operation. The goal is to remove the restriction of motion and structurally realign the foot, so that the foot may function in an improved position.

Patients with extensive or multiple coalitions typically undergo fusion procedures, and those with less extensive or isolated coalitions undergo resection and soft-tissue interposition of their coalitions.

Note: Coalition resection is contraindicated when significant degenerative change is present in the joints adjacent to the coalition. Arthrodesis is preferable in such cases.

Arthrodesis is indicated in severe cases with large coalitions, significant arthritis of the foot, and/or a badly maligned foot. The main benefit of this surgery is that it allows for the foot to be realigned. But it is done at the cost of joint motion which may result in compensational ankle and foot problems.

Arthrodesis is a surgical fusion between two or more bones. The procedure is done by removing the cartilage.

Subtalar arthrodesis fuses the talus to the calcaneus. It is commonly used to treat the talocalcaneal coalition that is too advanced to consider an excision. This arthrodesis affects subtalar joint motion only and is done when the joints in the rest of the foot have not undergone arthritic changes.

It fuses the calcaneus, the navicular and the cuboid bones. This type of arthrodesis is commonly used to treat any tarsal coalition that is too advanced to consider an excision and the condition has affected other joints in the foot. This type of arthrodesis is commonly recommended in the older patient. It may also be recommended if an excision has been tried and failed to relieve pain. 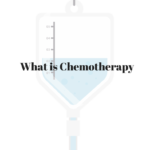 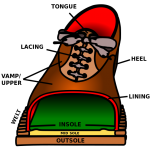 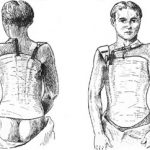 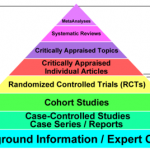