Appropriate treatment of these fractures is critical to minimize disability and reducing the risk of complications like posttraumatic arthritis.

Tibial plateau fractures may be either low-energy or high-energy. Low-energy fractures occur in osteoporotic bone and typically are depressed fractures. High-energy fractures are often a result of motor vehicle–related trauma, and the most common pattern of fracture in this group is a splitting fracture.

These fractures have bimodal distribution. The peak is seen in males in 40s (high-energy trauma) and the females in 70s (falls).

Lateral condyle is most commonly injured. Next common pattern is bicondylar fracture followed by medial condyle.

varus/valgus load with or without axial load is the main mechanism to cause these fractures.

Anatomy of Tibial Plateau and Knee

The tibial plateau top most articular portion of the tibia. It is composed of two parts

The tibial plateau articulates via the medial and lateral menisci  with the medial and femoral condyles to form the tibiofemoral part of the knee joint.

The knee is exposed to forces that can exceed five times the weight of the body. This complex joint has enhanced mobility at the cost of stability

The normal knee is in physiologic valgus alignment. Most of the load transmitted across the knee is medial to the eminence, and therefore, the knee has a stronger cancellous bone.

Tibial plateau fractures are often caused by high-energy trauma in young patients and due to low-energy falls in the elderly.

The soft tissue injury is often substantial, especially in high injury fractures. The patient should be specifically examined for open injury, compartment syndrome, and neurovascular examination.

The literature recommends valgus/varus stress testing but that is too painful and if required should be done under anesthesia.

There could be an associated injury to menisci and/or collateral ligaments necessitating their repair.

Most tibial plateau fractures are easy to identify on standard anteroposterior (AP) and lateral projections of the knee. The views should be proper for an accurate diagnosis.

Oblique projections should be added if a nondisplaced tibial plateau fracture is suspected but not seen on the standard projections.

An AP projection of the knee, angled 15° caudally (tibial plateau view), can provide a more accurate assessment of the depth of plateau surface depression.

Traction radiographs if needed may be done  to understand fracture alignment, bone loss areas and for surgical planning.

Corresponding views of the uninjured knee for comparison may be done.

When the fracture is suspected and not clearly visible, the following findings may indicate a fracture.

The following subtle radiologic signs may indicate the presence of an underlying plateau fracture:

CT can catch a subtle fracture and provides more detailed info on complex fractures. It provides better information on the fragments, their orientation and by 3D reconstruction, helps to plan for surgery in detail.

MRI is an accurate tool for assessing meniscal, collateral and cruciate ligamentous injury, as well as for identifying occult fractures of the tibial plateau. However, its role is not clearly established.

Closed displaced fractures are generally high energy, especially in young patients and must be cared for soft tissue swelling and compartment syndrome.

The patient is put on rest and immobilization. In severe joint swelling, aspiration of the joint can be done.

Even if the swelling is not present initially, it could develop in next 24-48 hours.

Patients who are at high risk for swelling may be put on traction than simple immobilization as soft tissue changes can be better monitored.

Blisters if present may be pierced and a sterile dressing is done.

Sometimes, the skin changes take a longer time [2weeks or more] to heal enough to allow surgery. In such cases, a spanning external fixator to maintain alignment should be used. Articular fragments can be fixed at the same time to reconstruct the joint with screws/K-wires. Definitive fixation can be done at a later date.

The ultimate goals of tibial plateau fracture treatment are to reestablish joint stability, alignment, and articular congruity. Preservation of motion, painless knee function and prevention of post-traumatic arthritis are other goals.

Displaced fracture, where feasible should be considered for surgery.

Fracture displacement ranging from 4-10 mm can be treated nonoperatively. But, a depressed fragment greater than 5 mm should be elevated and grafted.

The surgery can be done openly or arthroscopically. Open surgeries can be done in a staged manner if required.

Compromised soft tissues may cause the definitive fixation to be delayed. The external fixation may be used in the intervening period.

Various options for internal fixation are

External fixation can be

Combination of devices may also be considered. 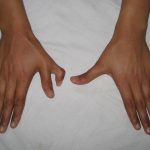 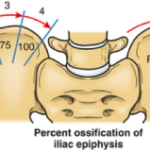 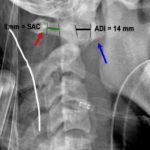 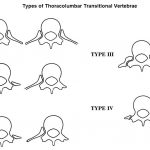 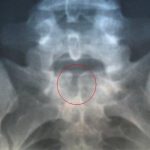 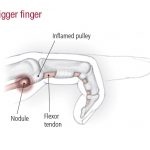 Spinal tumor syndrome is not a condition in itself. It is a clinical label for the patient's condition with many differentials in the … END_OF_DOCUMENT_TOKEN_TO_BE_REPLACED