Ulnar dimelia is also called mirror hand syndrome. Ulnar dimelia is a congenital deformity where the radial ray, [the radius, scaphoid, trapezium, first metacarpal, and the phalanges of the thumb] are absent and there is a duplication of ulnar ray [una bone, carpal other than those in radial ray, metacarpal and phalanges of 2nd-5th finger].  There appear seven or eight fingers in the hand.

The abnormality may be associated with duplication of the feet. Ulnar dimelia is usually not hereditary and quite a rare condition.

Ulnar dimelia is also known by name. of mirror brush

The ulnar dimelia is considered a type III congenital deformity of hand which means it’s a deformity of duplication.

During fetal development of upper limb, is the rise of limb buds, also called Wolff crest which appear on the ventrolateral side of the embryo.

The limb buds are formed by mesenchyme [forms connective tissue] covered with a layer of ectoderm [forms skin and appendages].

The apical ectodermal ridge (AER) is a structure at the distal end of each limb bud which is responsible for induction and modulation of the limb growth.

The mesoderm of the limb buds is divided into the zone of polarizing activity (ZPA) proximally and a progress zone (PZ) distally.

The disturbance of differentiation may lead to post-axial duplication and ulnar dimelia.

HOX genes mutations at chromosome 7, 17, 12 have been suggested to be involved. Translocation breakpoint at 14q has also been found.

There are two types of ulnar dimelia

There are five types of ulnar dimelia as per this classification


Usually, only one side is involved. There would be 7 or 8 fingers in the involved hand depending on the type of ulnar dimelia.

On examination, the hand is palmar-flexed at the wrist and radially deviated. The wrist and elbow are broader than normal.

The fingers are held in flexion because of absence or hypoplasia of the extensor digitorum longus muscles.

The intrinsic muscles of the hand are weak. Ulnar fingers tend to be more normal and functional than the radial digits.

Syndactyly of some of the digits may be present.

Metacarpals diverge, and there is a cleft in the palm.

Anteroposterior and lateral views are routine x-rays that are sufficient to arrive at a diagnosis of ulnar dimelia. Any associated anomaly is investigated accordingly. The following are the typical x-ray findings.

The objective of treatment is to improve function and provide a cosmetically more attractive hand. The management involves a series of surgeries.

The surgical correction is delayed till the age of one year and till that time orthosis may be used if required.

The disease requires surgical intervention for the creation of thumb (Pollicization).

The most normal preaxial digit is chosen for pollicization.

The intervening supernumerary one or two digits are sacrificed and the excess skin is utilized to create a thumb web.

The remaining divergent metacarpals may be osteotomized to close the palmar cleft. A free tendon graft is used to hold the metacarpals together.

Myalgia is a medical term for muscle pain. It is derived from the prefix my(o)-, meaning muscle, and the suffix –algia, which refers to pain or a painful condition. Muscle aches can be caused by diseases and disorders. It is a common complaint among adults presenting for medical care. Nearly everyone, at some point in […] 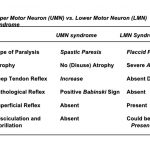