Classically, x-rays were used for imaging and diagnosis. With the advent of CT and MRI, the x-ray diagnosis of lesions has lost its sheen but these are still the basic investigations to begin with. But it is still important to know and understand the changes on x-rays.

The destruction patterns of bone we are about to discuss is described on x-ray images.

Three radiographic patterns of bone destruction have been identified –

Patterns of Bone destruction are able to provide the information on bony involvement and how aggressively the disease is spreading and how effectively the host bone is able to repair or contain the bony lesion.

Musculoskeletal lesions typically occur within a given age range. Therefore and the age of the patient must be considered when the lesions are evaluated.

Why do patterns of bone destruction differ?

Bone destruction and new bone formation are mediated by osteoclasts and osteoblasts.

Osteoclasts are responsible for eating the bone and osteoblasts for laying new bone. Both the processes and cells continuously work in the body to build, repair, model and remodel the bone.

Therefore, bony destruction seen on radiographs is a summation of osteoclasts resorptive activity on both the cortical and trabecular bone surfaces. The relative predominance of bone process over the other will be perceived as a visible margin to the lesion on the radiograph.

Destruction of cortical bone although slower is appreciated more easily because of the great contrast in density created by a local area of lysis as compared to the cancellous bone where a large amount of trabecular bone must be removed before the loss will be evident on plain radiographs.

For this reason, lesions arising in the cancellous bone may go undetected for long periods of time.

How To Read Bone Destructing Lesion

In order to reach a consistent grading conclusion, the following specific sign must be considered in this order of priority:

This margin may be smooth or irregular, but in either instance, it is usually clearly demarcated, with a short zone of transition from normal to abnormal bone.

This type of destruction is seen as a well-circumscribed hole in the bone with a narrow zone transition between normal and abnormal bone. The pattern implies a slow growth rate, one that permits time for destruction of all bone in the path of the enlarging lesion. The geographic destruction patterns can be further divided into three subtypes.

The relative biological aggressiveness increases from type A to type C.

The lesions have a sclerotic rim around the destruction.

This pattern is most commonly associated with benign, slow-growing disorders. Lesions commonly falling into this category are

Geographic lesions with no sclerosis in the margin (type IB)

These lesions have sharply defined edges but not sclerotic margins.

Normal trabeculae are present up to the edge of the lesion. But the trabeculae are removed along a plane of contact between the tumor and normal bone.

The lesions mentioned in IA category may also fall into this category when they demonstrate more aggressive behavior.

In this type of geographic lesion, there is focal destruction present but there is also spread of the disease beyond  is  the visible lytic lesion. This creates a wider zone of transition at the margin of the lesion which reflects the greater biological activity.

he lesion is less well-defined.

In these lesions, vigorous destruction of the cortex will result in complete perforation of the bone.

Typical lesions with this pattern include

The moth-eaten pattern is a more aggressive pattern of bone destruction and is characteristic of a lesion that is growing more rapidly than one that demonstrates geographic bone destruction.

The moth-eaten pattern is associated with a less well-defined or demarcated lesion margin and with a longer zone of transition from normal to abnormal bone.

The moth-eaten appearance of the bone consists of multiple scattered holes that vary in size and seem to arise separately. These scattered holes coalesce to form larger areas of bone destruction.

In cancellous bone, normal trabecular markings can be seen between the holes because of the regionally infiltrative nature of this pattern.

Total penetration of the cortex is assumed with the moth-eaten pattern.

Some benign processes, such as eosinophilic granuloma, may be associated with moth-eaten destruction.

The permeative pattern indicates an aggressive bone lesion with rapid growth potential. The lesion is poorly demarcated and not easily separated from the surrounding normal bone. In fact, it may imperceptibly merge with uninvolved osseous segments and create a zone of transition that is very long.

Its true size is larger than that evident on radiographs.

The permeative pattern is characterized by numerous elongated holes or slots in the cortex that run parallel to the long axis of the bone. They are reasonably uniform in size. The slots are created by osteoclastic cortical tunneling in an accelerated caricature of the resorption phase of normal Haversian remodeling. Total penetration of the cortex is assumed with the permeative pattern.

Permeative destruction may be seen in several disease categories including neoplastic, mechanical inflammatory, and metabolic.

Tunneling may or maybe not be accompanied by tumor or inflammatory infiltrates.

Malignant lesion demonstrating this pattern tends to infiltrate the marrow space diffusely and include primary round cell tumors, fibrosarcoma, high-grade chondrosarcoma, and angiosarcoma.

An occasional benign process such osteomyelitis will also show this pattern.

The pattern may be often difficult to differentiate from the permeative patterns of destruction.

Combination of Patterns of Bone Destruction

Any combination of geographic, ‘moth-eaten’, and permeative patterns in a single lesion is indicative of a change towards a more aggressive local growth.

Combination patterns may be seen when benign lesions become more active, undergo malignant degeneration, or fracture. The development of a combination or a changing pattern can be documented by observing a sequence of radiographs.

Further Imaging of the Lesions

Further workup, wherever required consists of MRI and/or CT

While CT is very good for bony evaluation of the lesion, MRI will also aid in establishing which compartments and structures are involved.

A nuclear medicine bone scan is performed to look for multiple bone involvement.

If the lesion is still nonspecific after thorough imaging, an image-guided biopsy of the lesion can be performed. 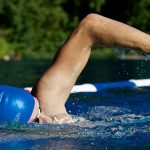