Calcaneus is bone of the hindfoot and is the largest tarsal bone. Calcaneus forms the prominence of the heel.

Calcaneus is roughly cuboidal in shape. It is directed forwards, upwards and laterally.

It has six surfaces.

The anterior surface is the smallest surface of the bone. It is covered by a concavoconvex, sloping articular surface to the calcaneocuboid joint and is roughly triangular. It is concave in an oblique inferolateral plane and convex in a plane perpendicular to this.

The upper area is smooth, slopes anteriorly, and supports a bursa, which lies between it and the Achilles tendon.

The middle part gives insertion to the Achilles tendon

The superior calcaneal surface of the calcaneus has 2 parts: articular and nonarticular.

The nonarticular part has variable length and extends posteriorly to form the heel. It is about one-third of total superior surface.

It is convex from side to side, is concave in the anteroposterior axis, and supports a fat pad situated anterior to the Achilles tendon.

Anterior to this nonarticular part is articular which has an oval facet facing superiorly and is tilted anteriorly. The articular portion of the superior surface is convex in the anteroposterior axis and articulates with the posterior calcaneal facet on the undersurface of the talus.

Calcaneus sulcus is deep groove anterior to posterior facet and directed posteromedially It matches the inferior similar sulcus on the lower surface of the talus, and both these grooves form a canal in the hindfoot called the sinus tarsi.

Anteromedial to the calcaneal sulcus is an articular area, elongated and concave in its long axis and directed anterolaterally. A transverse notch divides this into larger middle facet posteriorly and anterior facet.

The middle facet lies on a medially projecting process of the calcaneus called the sustentaculum tali. It articulates with the middle calcaneal facet on the undersurface of the talus.

The upper rough surface, anterior and lateral to the facets, is rough for the attachment of ligaments and for the origin of the extensor digitorum brevis.

The inferior or plantar surface is wider posteriorly and convex from side to side.

The lateral process gives rise to part of the abductor digiti minimi whereas the medial process that gives attachment to the abductor hallucis, front to the flexor digitorum brevis and the plantar aponeurosis.

The lateral surface is rough and almost flat, broader posteriorly and narrowed anteriorly. Anteriorly, a small elevation termed the peroneal fibular] tubercle or trochlea is present.

Av small tubercle in the middle of the lateral surface gives attachment to, to which the calcaneofibular ligament.

The medial surface is concave from above downwards. The concavity is accentuated by the presence of medially oriented shelf-like projection of bone, called the sustentaculum tali, which projects medially from its anterosuperior border. The sustentaculum tali have an articular surface for the middle calcaneal facet and is grooved inferiorly to house the flexor hallucis longus tendon Its lower surface is grooved, and the medial margin is in the form of a rough strip convex from before backward.

Attachments and relations of the calcaneus

Attachments on Dorsal or Superior  Surface

The lateral part of the nonarticular area on the anterior part of the dorsal surface provides;

The attachments on the plantar surface are as follows;

The peroneal tubercle – Slip from the inferior peroneal retinaculum.

The calcaneofibular ligament is attached about I cm behind the peroneal trochlea.

Side Determination of Calcaneus

Blood supply of calcaneus is by calcaneal branches which arise from deep perforator peroneal and posterior tibial arteries. 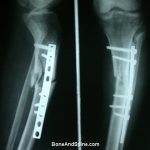 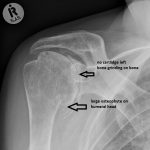 Allen classification of cervical injury is also called mechanistic classification and was given by  Allen and associates in 1982. The translation of kinetic energy into fractures and dislocations is determined by two independent variables Injury vector Posture of the cervical spine at the time of accident Allen et al presumed that identical segmental failures could […] 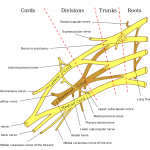