The procedure involves placement of one or more screws across a fracture site so that fractured fragments are apposed and compressed to each other, called interfragmentary compression (See image below). The interfragmentary screw can also be used for fixation after osteotomies.

Interfragmentary screw is put in a direction perpendicular to the fracture. Therefore in case of a spiral fracture, the screw direction may vary as the fracture plane changes.

Compressing two objects together is sometimes termed lagging. The screw is a means of compressing objects together. In bone fracture fixation, stabilization of fragments provides a basis for early mobilization of the limb and will prevent excessive movement of metal implants which could lead to failure through metal fatigue.

Interfragmentary screws can achieve a lag effect in the bone in two ways:

The Technique of Interfragmentary Screw Placement

[The bone is like a hollow cylinder. The shell of the cylinder is cortex and empty hollow is medulla. When drilling one would encounter bone [or near cortex)followed by relatively empty feeling of medulla followed by striking the bony surface from within on the other side {far cortex} in the path of the drilling.

Lag screw fixation of an oblique or spiral fracture requires neutralization by a plate if sufficient stability is to be achieved to allow immediate rehabilitation without external protection.

Lagging as a means of fixing bone is a very powerful technique and great forces of compression can be generated. It is essential to position interfragmentary screw accurately so that the forces they generate are evenly distributed across fractures, otherwise, distortion of reduction can occur 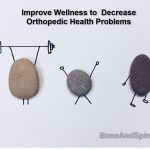