Absence of tibia is a rare birth defect characterized by a deficiency of the tibia while the other bones of the lower leg relatively intact. The deficiency may occur in one or both legs.  The right side is more commonly affected [72%]. Bilateral occurrence is found in about 30%.

The absence of tibia could be an isolated birth defect but is commonly part of part of a recognized syndrome such as Werner’s syndrome, tibial hemimelia-polysyndactyly-triphalangeal thumb syndrome, and CHARGE syndrome.

Most isolated cases occur sporadically in people with no family history.

The underlying cause is generally unknown.

There is a high-risk association of congenital dislocation of the hip, aphalangism of upper and lower limbs, proximal femoral focal deficiency and hypoplasia of the femoral condyles.

There are varying degrees of tibial absence.

Presentation in Congenital Absence of Tibia

The patellar bone may be absent and so could be quadriceps muscle. When present, their function is reduced.

The tibia may be shortened, dysplastic, or absent. The tibia may also present as an anlage—a fibrous remnant that does not appear on x-rays.

The fibula is normal or dysplastic. It is often dislocated from the knee. Foot deformities are present as well.

The absence of tibia can be distinguished from fibular hemimelia and congenital deficiency of knee.

[foot and ankle are always in varus  with the absence of tibia and almost always in valgus  in fibular hemimelia.]

Radiographs recommended are anteroposterior and lateral views of leg showing complete tibia fibula. Joints on either side [knee and ankle] should be included in the x-ray.

Treatment of Congenital Absence of Tibia

Treatment is surgical. Following procedures could be done depending on the condition of absence of tibia.

The limb is amputated at the knee and when ready a prosthesis is fit. The procedure is indicated in the complete  absence of the tibia and when there is no  active knee extension present

In this procedure, the available proximal tibial stump is fixed to the fibula.  Syme amputation is an amputation done through the ankle joint but the heel pad is saved.

The procedure is indicated when proximal tibia present with an intact extensor mechanism and there is minimal flexion contracture.

Syme amputation is needed because of ankle diastasis and foot deformities making them unusable for locomotion.

Dror Paley uses a different classification and different approach to treatment to maximize limb saving. Validity, reproducibility, and acceptance of his approach by standard literature are yet to be seen.

Have you ever considered a back massage for back pain? Do you wonder if it is really effective or would help you? Let us find out. Back pain and neck pain are often quite irritating and take time to go. Most of the back pains we have are due to postural abuse of the spine […] 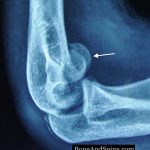