Implants are biomaterial devices. A biomaterial is any substance or combination of substances (other than a drug), synthetic or natural in origin, that can be used for any period of time as a whole or part of a system that treats, augments or replaces any tissue, organ or function of the body.

Implants are essential in the practice of orthopedics. They are used in osteosynthesis, joint replacements, spine fixation, and tumor treatment.

How are Implants Made?

There are three ways in which implants are made

Strain is the  change in length as a fraction of the original length. It is a measure of deformation as a result of loading

The ability of a material to withstand changes in length when under load. It is also referred to as the modulus of elasticity.

Young’s modulus is equal to the longitudinal stress divided by the strain.

Ductility is defined as the ability of the material to undergo a large amount of plastic deformation before failure. It is one of the quality of metals.

An ideal implant material is desired to be:

Common implant materials in orthopedics are

Malleability and ductility allow metals to be turned into rods, screws, and long stems.

The alloys used in orthopedics need to have a low rate of corrosion and relative inertness.

Modulus of elasticity significantly higher than that of bone making implants to be structurally stiffer than bones. This can lead to stress shielding. An alloy with elastic moduli closer to bone may cause less stress shielding.

The metal mismatch is not recommended. That means two different metals should not be combined in the same prosthesis or fixation. For example, the screws and plates should be of the same metal alloy.

Cobalt and titanium-based alloy components may be used in contact with each other.

Stainless steel is used for non-permanent implants, such as internal fixation devices. It is inexpensive and has poor fatigue strength, thus making it liable to undergo plastic deformation.

Surgical stainless steel is strong, relatively ductile, biocompatible and relatively cheap. It is used in plates, screws, intramedullary nails, external fixators and intramedullary devices that are not meant to be weight bearing for an extended period.

It is susceptible to crevice formation and stress corrosion.

Cobalt-based alloys and titanium had largely replaced stainless steel as materials for permanent implants because of lesser corrosion due to chromium coating.

Alloys made of cobalt, chromium, and molybdenum can be used in various different porous forms to allow for biologic fixation by ingrowth. These are less ductile than iron or titanium based alloys, making manufacturing of these intramedullary rods and spinal instrumentation more difficult.

These alloys are strong, have excellent resistance to corrosion, excellent long-term biocompatibility.

These alloys are well suited for the production of implants that are designed to replace bone and to be load bearing for an extended period, if not permanently.

These alloys have some of the highest moduli of elasticity and resulted in the stress shielding. [Thigh pain observed in arthroplasty patients.]

The Austin Moore prosthesis and the Thompson prosthesis were manufactured from the cobalt-based alloys.

Numerous modern prostheses are still manufactured from this alloy and are used in both cemented and porous forms for hip and knee replacement.

Titanium-based alloys have excellent properties for use in porous forms for biologic fixation of prostheses.

These have advantages of being corrosion resistant,  excellent biocompatibility, ductile, fatigue resistant and low Young’s modulus .

Another great advantage is  MR scan compatibility. It is used in halos, plates, IM nails etc.

It has higher notch sensitivity, poor wear characteristics and systemic toxicity of  vanadium. Moreover, it is relatively expensive

Because of  a lower moduli of elasticity, they are not suitable when used as a prosthesis.

But high biocompatibility, low corrosion, and modulus of elasticity closer to that of bone allow for its use in numerous porous implants.

Some concern remains as to the adverse effects of vanadium and aluminum.

Titanium and its alloys have higher corrosion resistant due to the formation of titanium oxide on the surface. This layer, however, may be porous and rather friable and abrasion of this titanium oxide layer can lead to the release of particles into the surrounding tissues.

These debris particles may well cause an undesirable tissue response with the eventual long-term aseptic loosening of the implant.

Tantalum is also has been used as an ingredient in superalloys, principally in aircraft engines and spacecraft, transistors, and capacitors.

It is remarkably resistant to corrosion and can be fabricated in a highly porous form, which has a modulus of elasticity, thus well suited to a biologic ingrowth setting.

Current use of tantalum has been in the form of a honeycombed structure that is extremely porous and conducive to bone ingrowth. It is available in several forms for bridging bone defects.

Polymers are formed by linking a large number of monomers. The monomer is an organic molecule with a central carbon atom in organic polymers.

The most used polymer, in orthopedics, is ultra-high-molecular-weight polyethylene (UHMWP) or high-density polyethylene (HDP) and Polymethylmethacrylate {PMMA-bone cement]

A major issue with polymers is the slow, temperature-dependent, deformation it suffers under load, commonly called creep. Progressive wear is other.

UHMWPE is used for acetabular cups in THR prostheses.

Metal on polyethylene is the gold standard bearing surface in total hip replacement.

Polymers are mainly used to fix prosthesis in place and as void fillers [cement]. It must be noted that cement does not function like glue but is a void filler which allows mechanical anchoring of the implant and transfer of load from the prosthesis to the bone. Its low modulus of elasticity appears to be an advantage in that it allows a gradual transfer of stress to the bone.

The stiffness of the polymer decreases as the stiffness of callus increases making hardware removal unnecessary. Has been used in phalangeal fractures with  good results

The ceramics used in orthopedic implants include aluminum oxide and calcium phosphates. These ceramic materials are very resistant to compression but weak under tension and shear, and brittle.

These are also used as a coating for metal implants to increase biocompatibility.

Ceramics have a high modulus compared to bone. This may result in fracture of a bone or early loosening of ceramic acetabular sockets because of the high noncompliant elastic modulus.

Other ceramic materials are commonly used, such as zirconium oxide (Zirconia) and silicon oxide(Silica). 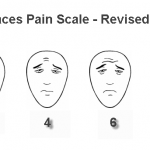 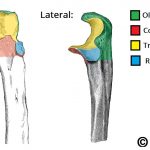