Dysplasia spondyloepophysealis congenita is characterized by a short-trunk type of dwarfism with the involvement of the spine and limb epiphyses, particularly the proximal ones.

The radiological changes can be identified at birth, though the child may not always be diagnosed clinically at birth.

Dwarfism is present both in the trunk and limbs. Facial abnormalities such as hypertelorism and high-arched palate may be seen and the neck is short. There may be metatarsus adductus. There is a muscle weakness and delay in walking and, when the child begins to walk, he waddles with an exaggerated lumbar lordosis.

At this time, there may be limited movement of various joints especially the hips, knees, shoulders and elbows and kyphosis with or without scoliosis of the spine.

With growth, trunk shortness becomes more apparent and asymmetrical deformities of the elbow, hip flexion deformities sometimes with dislocation, genu valgum or recurvatum possibly with dislocated patellae, and chest deformities with flaring of the rib cage and pectus carinatum may appear.

Intellect is adequate and most reach and continue into adult life in spite of multiple deformities, with surprisingly few symptoms.

On x-ray, There is absent ossification of the distal femoral and proximal tibial epiphyses, the pubic bones, tali, and calcanei. The femoral shafts are bowed laterally and the iliac wings are board.

The spine may show thoracolumbar kyphosis.

In early childhood, the spine shows some flattening of the vertebrae but not as severe as in most mucopolysaccharidoses, and the bodies are narrowed posteriorly to give a pear-shaped appearance.

The hips are particularly affected.

There is a great delay in the appearance of the upper femoral epiphyses sometimes not until late childhood. The femoral neck is short and varus, with an inferior beak projecting from the metaphysic.

The knees show epiphyseal and metaphyseal changes with deformity. Carpal and tarsal development is retarded but the bones of the hand are little affected, in contrast to those in mucopolysaccharidoses.

Morquio’s syndrome is distinguished by the presence of keratan sulfate in the urine, different clinical presentation and a completely different appearance of the femoral neck and head and in the bones of the hand. Pseudoachondroplastic dysplasia spondyloepiphysealis shows more pronounced changes in the hands and feet and more changes in the metaphyseal regions of the long bones.

Dysplasia epiphysialis multiplex may also have hip changes and eye abnormalities but presents much later and the spine is not grossly abnormal.

Atlanto-axial fusion may be needed as in Morquio’s syndrome if there is odontoid dysplasia, though the need is less frequent. The hips, even when there is gross radiological deformity are usually painless and surgery is only needed if flexion deformity becomes excessive or abduction very limited.

Genu valgum may require correction by epiphysial stapling in younger children or supracondylar osteotomy in adolescence. 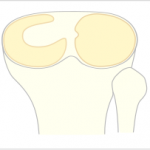 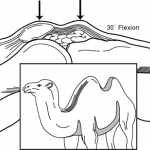 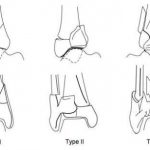 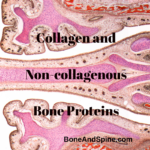 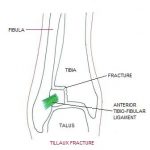 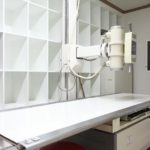 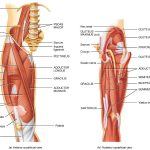