The upper limb and lower limbs were evolved basically for bearing the weight of the body and for locomotion. In quadrupeds forelimbs and hindlimbs are, therefore, built on the same basic pattern.

Each limb is made up of a basal segment or girdle, and a free part divided into proximal, middle and distal segments. The girdle attaches the limb to the axial skeleton. The distal segment carries the five digits.

The following table will elicit the similarity between two limbs

However, with the evolution of the erect posture in man, the function of weight-bearing was taken over entirely by the lower limbs. As a result of this, the upper limbs and hands became free and gradually evolved into organs having great manipulative skill. This has become possible because of a wide range of mobility at the shoulder. The whole upper limb works as a jointed lever.

The human hand is a grasping tool. It is exquisitely adaptable to perform various complex functions.

The upper limb has been highly modified in humans to enable the superior reach and grasp.

Parts of the Upper Limb

The upper limb can be divided into following parts

Shoulder region consists of the following

Scapula has a complex anatomy and is responsible for providing overhead movements to the human shoulder. It articulates with clavicle on one side. On the other side it also articulates with the shoulder through its glenoid cavity, a cavity that forms a joint with the head of humerus called shoulder joint or scapulo-humeral joint). It also has a gliding motion with thorax at its inner surface. This gliding action adds to the mobility of shoulder joint.

The arm is formed by a single bone called humerus. On upper end, it forms shoulder joint and lower end it forms elbow joint by articulation with the ulna.

Forearm contains two bones-radius and ulna. Ulna forms elbow joint with the lower end of humerus. Radius and ulna articulate with each other at superior and inferior radio-ulnar joints. These joints allow movements of pronation and supination.

Wrist or carpus is formed by 8 bones which articulate with radius and ulna on one side and provide articulation to carpometacarpal joints on the other side.

Hand originates at the wrist as five metacarpal bones. These can be felt in the region of hand that is occupied by palm. Phalanges are small bones that form the skeleton of fingers and thumb. There are a total of 14 phalanges, two for the thumb, and three for each finger. The phalanx that articulates with metacarpal bone is called the proximal phalanx. The terminal phalanx is called the distal phalanx. Thumb contains only these two phalanges. A third phalanx called middle phalanx. Phalanges articulate with each other at interphalangeal joints.

What are Functions of Upper Limb

The hand is the most evolved organ in the upper limb and most of our abilities to do work are reflected by our hand functions.

Rest of the upper limb from shoulder to forearm functions to position the hand at the desirable place.

They put the hand into desirable position. They lift and rotate to reach something. Apart from enabling hand reach something, they also stabilize the limb so that hand could function to its best.

The hand is a marvelous organ. It performs precise and gross jobs with equal ease, facilitated by small bones, multiple joints and many small muscles both intrinsic and extrinsic.

Hands could be gentle and tough. They can perform precise functions like writing, painting, playing musical instruments. They also enable us to perform heavy labor like using a shovel, an axe or a drill etc.

Apart from these motor functions, we also use our hands for sensory functions. We use them to feel if something is warm or cold, smooth or rough.

Upper limb motions are also parts of gestures. Since early times we are using the upper limb to make signs to approve, nod, call for help or stop. Remember goodbyes!

Thus our hands are important in communication, and we also use them while we talk to emphasize, compliment or dramatize our verbal communications.

Upper limbs have a phenomenal reach around us in all the planes. This is made possible by the presence of highly mobile shoulder girdle.

That is why we can reach behind our head for grooming, or to stretch forward to grasp, take off your shoe with an ease that we hardly think about.

Deltoid fibrosis is a condition where intramuscular fibrous bands within lead to contractures and stiffness of the shoulder joint. Deltoid fibrosis is part of the fibrotic conditions affecting both upper and lower limbs affecting a variable number of limbs. It is seen in people of all ages, but it has been reported primarily in children. […] 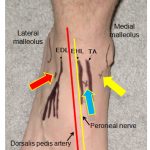 The humerus shaft fracture is the fracture of humerus bone that lies between the proximal and distal part of the humerus. This part lies between the upper border of the pectoralis major insertion proximally and the supracondylar ridge distally. This constitutes the middle three-fifths of the entire humerus. Relevant Anatomy   The deltoid tubercle forms […]