Orthobiologics are made from substances that naturally occur in the body. When they are used in higher concentrations, they may help to hasten the healing process.

After the tissue is injured, bleeding occurs which forms the foundation of healing as it facilitates the reach of healing factors to reach the injury site.

After bleeding, the following three factors are important in healing

Matrix is the framework where cells reside, thrive and make the desired tissue, be it bone, tendon, or ligament. Matrix serves as building blocks that help fill tissue gaps.

During healing process, cells need different kind of proteins, some as instructors and others as substrates. Instructors are of two kinds, one those accelerates the process and others which slow it down.

These are termed as growth factors and are numerous in number.

Stem cells are special cells in the body that can turn into other types of cells.

Stem cells are summoned during the healing process to the area of repair. The matrix provides a framework for stem cells while they grow into mature cells. Growth factors act on stem cells to cause the repair of the injured tissue.

All three – matrix, growth factors and stem cells are orthobiologics and if anyone of these three is lacking, healing gets impaired.

For example, after a fracture, as long as there is no bone loss, stem cells should be able to make new bone and promote healing.

But if there is a bone loss, a gap would result and healing would fail. This gap must be filled with matrix. Bone graft is one of such substances.

Orthobiologics are also being explored in early osteoarthritis of knee, cruciate ligament injuries and fracture nonunions.

Bone grafts are probably oldest orthobiologics in use. They are used both for stimulating bone healing and filling the defects.

A bone graft is be obtained from the patient. Grafts are most commonly taken from the iliac crest, which is part of the pelvis. In fracture healing, these are considered Gold Standrard.

But this results in another incision on the body. This led to search for allografts.

This bone is taken from cadever of other person. While it saves need for extra incision at the donor site of the receiving patient but it has its own problems in form of immune reaction and transmission of infection.

Bone marrow aspirate has been shown effective in the treatment of both osseous defects and nonunions, though it is used less commonly than bone grafts.

Bone marrow is thought to be effective because of mesenchymal stem cells and endothelial progenitor cells with ability to stimulate angiogenesis and restoration of blood flow at the fracture site.

Demineralized bone matrix is a highly-processed allograft consisting of collagens, non-collagenous proteins, bone morphogenetic proteins and other growth factors that make it osteoinductive and osteoconductive.

These are bone substitutes rather than orthobiologics but because of common usage, they are often discussed together.

These are calcium salt-based osteoconductive alternatives to both autologous and allogenic graft options.

These are widely available, have comparatively low cost and do not carry risks of immune reaction or infection transmission.

Bone substitutes come in various forms like powders, putty, pellets, or as coatings on implants.

They can be mixed with antibiotics when used for infection control.

Calcium phosphate substitutes are more popular because of their slow degradation, superior strength in compression and the unique capacity for osteointegration [ability for host bone to interdigitate]

It is the simplest method of delivering blood derived growth factors. The procedure includes drawing of venous blood from the patient and then injecting it at the desired area. Although the delivers growth factor contained in platelets, red and white blood cells are also delivered, which have no healing properties. Consequently, the results of autologous blood injection have been variable.

Autologous conditioned is prepared by incubation of 50 ml venous for 24 h in 5% CO2 in pH neutralized , processed, small glass beads, which need to be processed to make their pH to distilled water.

After this, centrifugation is done to obtain the autologous conditioned serum. This process leads to the accumulation of interleukin-1 receptor antagonist and several growth factor-1 , in the liquid blood phase.

Platelet-rich plasma is an autologous suspension of platelets prepared from whole blood via double centrifugation techniques.

The normal platelet count in whole blood in a healthy individual is between 150000-45000 per microliter. To be labeled as platelet rich plasma the platelets should be of 4-5 times of the baseline.

After extraction, before application, platelets are activated with calcium chloride and the resultant platelet clot may be applied to the site of injury. Platelets begin secreting these proteins within 10 minutes of clotting.

A stem cell has the capacity to differentiate into multiple types of cell and able to self- renew.

Stem cells are able to keep up the stem cell pool and produce daughter cells which can differentiate into specialized tissues forming cartilage, tendon and bone cells.

Stem cells are present in mesenchymal tissues like bone marrow, fat, synovial membrane, periosteum and others.

Bone marrow is common source of these stem cells, iliac crest being the preferred site for harvesting stem cells.

There are two ways of providing stem cells to injury site.

Stem cells have been used with encouraging results in treatment of nonunions, osteonecrosis of femoral head, spinal fusion and for filling of bone defect. But routine use of stem cells cannot be recommended due to lack of enough studies.

Stem cells can be taken from donors who pass away but carry risk of immune reaction and infection transmission.

Bone and other parts of body contain growth factors in low concentration. These can be genetically engineered to increase concentration.

Genetic engineering can produce large quantities of a needed element in its pure form. For example, signals can be altered in order to change the cell’s function to turn cells to t produce growth factor proteins in large numbers

Growth factor proteins, as we noted previously, call stem cells to the injury site by chemoattraction. These stem cells are drawn to the injured area an develop into repair cells.

A good blood supply is essential for chemoattraction to work. In absence of good flow, the growth factors cannot attract stem cells and stem cells do not have a way to reach at the affected side.

Bone morphogenetic proteins were discovered about 50 years back and indications for their use are continuously evolving.

More than 20 bone morphogenetic proteins have been identified. All except one [which is a metalloproteinase] are member of TGF-beta superfamily.

Several types of bone morphogenetic proteins have been shown to have osteoinductive activity, promote cartilage formation, promote new vessel formation [angiogenesis] and can also serve as biological markers and tumor-suppressors for various cancers of the gastrointestinal system.

BMP-2 is the only BMP known to specifically induce osteoblastic differentiation from mesenchymal stem cells.

BMP-7, also known as human osteogenic protein-1, has similarly been demonstrated to have potent osteoinductive and angiogenetic properties

BMPs require molecular carriers to deliver and maintain them at their intended osseous targets.

These may be structural like synthetic polymers or calcium ceramics, or non-structural, i.e. BMP-soaked collagen sponges.

Vascular endothelial growth factor is a growth factor  that stimulates both vasculogenesis. that includes embryonic development of the circulatory system, and the expansion of existing blood vessels.

Vascular endothelial growth factor has been found to play important role in diabetes, respiratory diseases and several forms of cancer. It also has the essential role in fracture healing.

There are several other growth factors that are active in angiogenesis. These are fibroblast growth factors, matrix metalloproteinases and BMP-2 and BMP-7.

Parathyroid hormone is a endocrine mediator of calcium and phosphate regulation in humans. Pulsatile, low-dose, exogenous administration of PTH has been demonstrated to have anabolic effects on bone metabolism.

Teriparatide is a recombinant human parathyroid hormone and has been shown to increase bone mineral density in the lumbar spine and femoral necks of patients with osteoporosis, as well as reduce overall fracture risk. 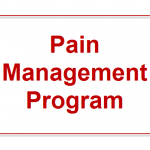