The tilt in the distal radius is caused by inequality of growth. This leads to volar or palmar translation of the hand and wrist and causes a prominence of the distal ulna.

The deformity was first described by Otto W. Madelung whose name the condition bears.

The condition is known by many other names which are

It is more common in the females and involvement is frequently bilateral.

Radius bone is a long bone that forms the radiocarpal joint with wrist bones.

Madelung deformity results in tilting of the radius and its relationship with the ulna.

An idea of normal articular surface and relationship can be evaluated if one knows the normal values.

Therefore the following measurements are important.

This is the angle formed by a line from the distal radioulnar joint (DRUJ) to the radial styloid and a line perpendicular to the shaft of the radius through the lunate fossa; it is normally 21-23°

This is the difference in longitudinal level between the lunate fossa and the radial styloid, which should be 12-15 mm

This value is measured on a lateral view x-ray of the wrist. The angle formed between a line perpendicular to the radial shaft and a line through the dorsal and volar rims of the radial joint surface is called volar tilt. It is normally 10-15 degrees.

The primary deformity is the bowing of the distal end of the radius, which is the most typical form curves in a volar direction while the ulna continues to grow in a straight line.

The distal ends of the radius and ulna are at different levels in the lateral plane. This is because the ulna has maintained its original normal position, while that of the radius has curved down to a volar side.

Vickers ligament or radiolunate ligament is a fibrous band running from the distal radius to the lunate on the volar surface of the wrist may be accompanied by anomalous palmar radiotriquetral ligament. Some authors have suggested role of vicker ligament tethering in this deformity.

There are four types of Madelung deformity depending on the causation

There are two types of Madelung’s deformity.

In the typical form, the distal articular surface of the radius may tilt toward its palmar surface as much as 80 degrees and ulnarward as much as 90 degrees.

In the normal wrist, the proximal row of the carpal bones is arranged in an arc, with its proximal surface forming a convex dome.

In Madelung deformity, this dome becomes peaked, its apex resting on the lunate bone. The radius and ulna are separated, with the peak of the carpal bones wedged into the interosseous space. The entire carpus is shifted toward the ulnar and volar side of the wrist.

A coalition of carpal bones may be present.

In reverse Madelung deformity is a rarer form.

Most of the patients are symptomless before adolescence. Deformity of the wrist is the initial presenting complaint. It usually becomes obvious in late childhood or early adolescence, between the ages of 8 and 12 years.

There may be insidious onset wrist pain. Initially, it is minimal, disappearing on rest but may progress with deformity and ulnar resulted in ulnar impaction. With the progression of the deformity and impingement of the displaced carpus on the distal ulna, the pain increases. Pain is exacerbated by activity especially firm grip, pronation, and ulnar deviation of the wrist.

On examination, there would be ulnar causing a visible prominence on the dorsal and ulnar aspects of the wrist. The ulnar styloid end would be distal to the radial usually [negative ulnar variance].

The range of motion of the wrist is limited, especially in dorsal extension and ulnar deviation. Pronation and supination of the forearm are also limited.

As a rule, supination is definitely decreased, and pronation is impaired to a slight degree.

[In reverse Madelung’s deformity, palmar flexion of the wrist is decreased, while dorsiflexion is increased. The range of rotation of the forearm, especially pronation, is decreased.]

The deformity is characterized by

MRI can be done to assess Vicker ligament condition. to contemplate release of the same.

No treatment is required in asymptomatic cases though patient is kept under observation.

In cases of acute pain, activities are restricted especially which cause wrist impaction. Intermittent splinting may be done.

Surgery is indicated for the relief of pain and cosmetic improvement. The function is usually only minimally improved.

The decision of surgery is guided by

Surgical procedures either correct the primary deformity of the radius or make a compensatory change in the ulna or both. The goal of ulnar procedures is to change the relationship of the relatively long ulna to the radius.

The Vickers ligament originates on the radius in a fossa, is 5-7 mm thick and inserts into the anterior surface of the lunate and the anterior radioulnar ligament portion of the triangular fibrocartilage complex. This ligament could be a cause of pain in Madelung deformity.

Vickers ligament release is kind of physiolysis that may result in normal bony growth.

It is considered in patients with wrist pain or decreased range of motion efficacy and mild deformity in skeletally immature patients unknown.

The efficay is not established.

This is considered in the older child when remaining growth is insufficient. The osteotomy can correct the position of the distal radiocarpal joint surface and brings the radius and ulna into a more proper position. It could be closing or opening wedge osteotomy.

An ulna-shortening procedure can be performed along where required.

Because the radius is volar, the ulna appears to be subluxated dorsally and the incongruence at the distal radioulnar joint and impingement of the radius on the ulna in supination could lead to pain and stiffness.

Following ulnar procedures have been described to allow rotation. They can be done in combination to radial corrective osteotomy or done alone.

Pain relief and correction of cosmetic deformity are the main goals of treatment and most of the patients attain both of them.  The range of motion usually is only moderately improved at best. 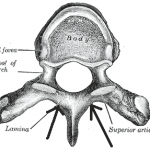