The human shoulder is made up of three bones

Glenohumeral joint and acromioclavicular joints are the main joints of the shoulder region. The joints are stabilized by muscles, ligaments and tendons.

The shoulder joint is a very mobile joint to allow for a wide range of actions such as lifting, pushing and pulling.

Intrinsic muscles originate from either scapula [mainly] or clavicle or both and attach to the humerus.

The extrinsic muscles of the shoulder originate from the trunk and attach to the bones of the shoulder – the clavicle, scapula or humerus. They are located in the back and are also known as the superficial back muscles.

Pectoralis major and minor which are better known as pectoral muscles, also contribute and act on the shoulder.

These are also called known as the scapulohumeral group of muscles. They originate from scapula or scapula and clavicle both or clavicle and insert on the humerus.

Following muscles are included in this group

The rotator cuff muscles are a group of four muscles that attach to the humeral head and. These muscles provide the glenohumeral joint significant stability.

In addition to their collective function, the rotator cuff muscles also have their own individual actions.

Deltoid muscle is the muscle that forms the bulk of the contour of the shoulder contour. It was previously called the deltoideus because it is in the shape of the Greek capital letter Delta.

It can be divided into an anterior, middle and posterior part.

Originate from the lateral third of the clavicle, the acromion and the spine of the scapula.

There are three discrete sets of muscle fibers,

The fibers converge and insert on the deltoid tuberosity on the middle of the lateral aspect of the shaft of the humerus. Thus anterior fibers go obliquely backward, middle fibers come down almost vertically and the posterior fibers obliquely forward and laterally.

Though it is considered as a single insertion, it can be seen to have two or three discernible areas. The insertion has strong fascial connections anteriorly and posteriorly.

The axillary nerve [C5 and C6], a branch of brachial plexus.

It is important to understand the various interplays of different parts of deltoid and their interaction in movements with other movers of the shoulder.

Simultaneous contraction of all the fibers of deltoid muscle makes the deltoid muscle the prime abductor in frontal lane. The maximum effect is achieved in medial rotation of the arm.

By this, the deltoid stands out as antagonists to the pectoralis major and latissimus dorsi which act as adductor of arm.

Anterior fibers, however, assist the pectoralis major to flex the shoulder.

Acting along with the subscapularis, pectoralis and latissimus dorsi, the anterior fibers also act to  internally rotate the arm.

The posterior fibers along with the latissimus dorsi to extend the shoulder.

The infraspinatus and teres minor along with the posterior deltoid as external rotators, and act as antagonists to internal rotators like the pectoralis and latissimus dorsi.

The teres major muscle originates on the dorsal surface of the inferior angle and the lower part of the lateral border of the scapula. 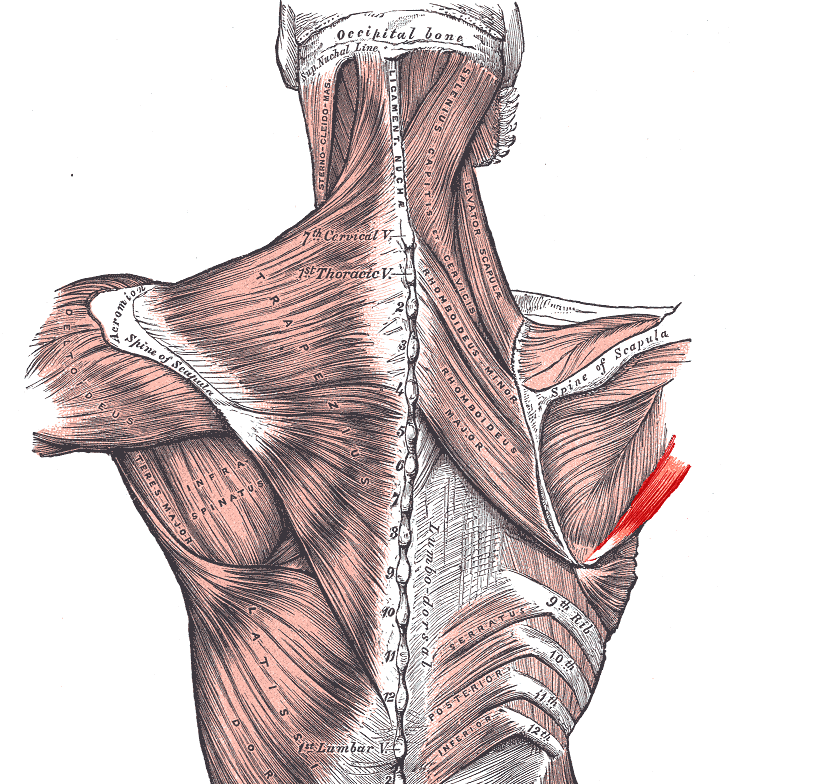 The fibers of teres major insert into the medial lip of the intertubercular sulcus of the humerus behind the insertion of the latissimus dorsi.

The teres major is a medial rotator and adductor of the shoulder. It also helps  the latissimus dorsi in drawing the previously raised arm downwards. It also assists in the extension of the arm and is a stabilizer of the humeral head in the glenoid cavity.

Supraspinatus is a muscle of the upper back that is one of the four rotator cuff muscles.

It attached to the greater tubercle of the humerus.

The suprascapular nerve (C5) a branch from the upper trunk of the brachial plexus. This nerve can be damaged along its course in fractures of the overlying clavicle, which can reduce the person’s ability to initiate the abduction.

The supraspinatus muscle initiates the abduction of the arm and carries it from 0-15 degrees. After that deltoid takes over and becomes principal abductor and supraspinatus assists it till 90 degrees of the movement

Supraspinatus also pulls the head of the humerus medially towards the glenoid cavity.

It also prevents the head of the humerus to slip inferiorly.

Infraspinatus muscle originates from the infraspinous fossa of the scapula.

It attaches to the greater tubercle of the humerus.

The infraspinatus is the main external rotator or lateral rotator of the arm.

When arms are fixed, it acts to adduct the inferior angle of the scapula.

The infraspinatus and teres minor, apart from being external rotators also extend the arm.

An aponeurosis separates the muscle from the teres major and the long head of the triceps brachii.

The fibers pass laterally to form a tendon that is inserted into the lesser tubercle of the humerus and the anterior part of the shoulder joint capsule.

The subscapularis is an internal or medial rotator of the arm. In a raised arm, it draws the humerus forward and downward.

Teres minor originates from the posterior surface of the axillary border of the scapula in the upper two-thirds of its extent. It also originates from two aponeurotic laminae, which separates it from infraspinatus and teres major muscle.

The fibers run obliquely upwards and laterally. The upper fibers insert into on the greater tubercle whereas lower just below that insertion by a distinct tendon.

It attaches to the greater tubercle of the humerus.

Teres minor is a lateral rotator of the arm. Along with infraspinatus, it also functions to hold the head of the humerus in the glenoid cavity of the scapula.

Teres minor is a weak adductor of the arm as well.

Supraspinatus, infraspinatus, subscapularis and teres minor functions together to stabilize the head of the humerus by holding it in the glenoid cavity and preventing upward migration due to the pull of the deltoid muscle when the arm is elevated.

The four tendons of these muscles blend to form the rotator cuff tendon. Other structures like the articular capsule, the coracohumeral ligament, and the glenohumeral ligament complex also join before the insertion into tubercles of humerus.

Extrinsic Muscles of the shoulder

The muscles are organized into two layers – a superficial layer and a deep layer. 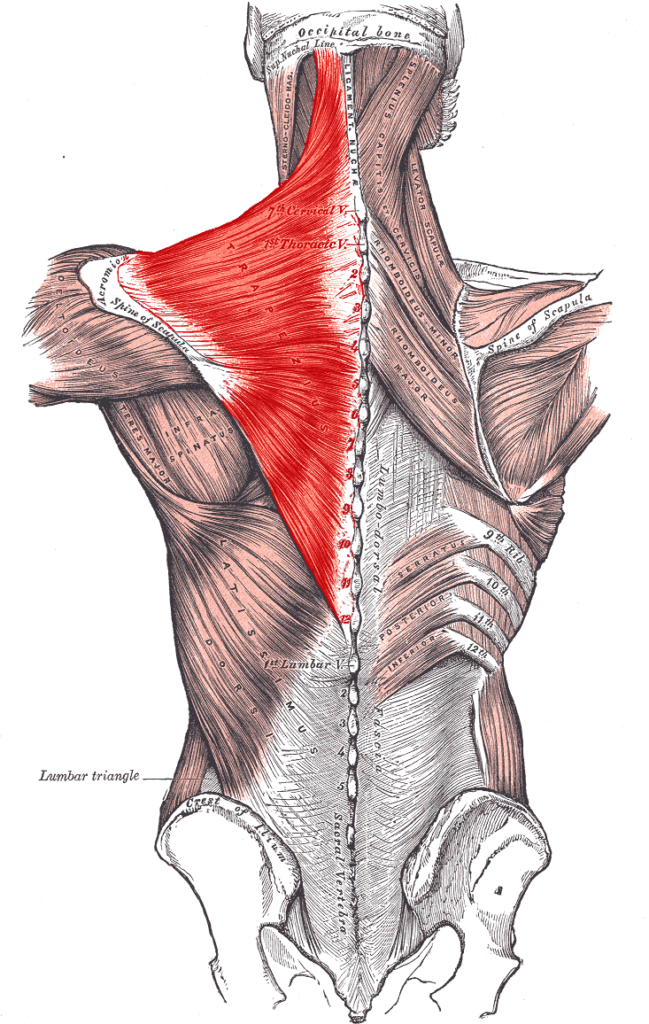 The trapezius is a large, flat and triangular muscle that extends longitudinally from the occipital bone to the lower thoracic vertebrae of the spine and laterally to the spine of the scapula. The muscles on each side form a trapezoid shape.

Trapezius is most superficial of all back muscles.

The details are as given below

Inferior or lower (or ascending) fibers

Trapezius can cause movements of either scapula or spine when the other side is fixed.

The main function of the trapezius is to stabilize and move the scapula.

The trapezius is also a rotator of the scapula by action of upper and lower fibers to cause upward rotation bringing the acromion and inferior angles to move up. This is seen in the overhead movements of the arm.

[The levator scapulae and the rhomboids are rotators in opposite direction]

Trapezius fibers along with rhomboids act synergistically to cause scapular retraction/adduction.

When both scapulae are fixed, the trapezius muscles of both sides can act to extend the neck.

The latissimus dorsi which in Latin means the largest muscle is a large, flat muscle on the back that extends to the sides and behind the arm.

It is the largest muscle in the upper body.

The fibers converge into a tendon that attaches to the intertubercular sulcus of the humerus.

Latissimus dorsi extends, adducts and medially rotates the upper limb. It also assists in the extension and lateral flexion of the lumbar spine.

The levator scapulae is a small strap-like muscle which as the name suggests acts to elevate the scapula.

The levator scapulae originate from the posterior tubercle of the transverse process of the C1-C4 vertebrae.

It also rotates the scapula down in conjunction with rhomboids and pectoralis minor.

There are two rhomboid muscles – major and minor. Both act together.  The rhomboid minor is superior to the major.

Sometimes, both the muscles are fused together. Rhomboid Major originates from the spinous processes of the T2-T5 vertebrae and is inserted on the medial border of the scapula, between the scapula spine and inferior angle.

Rhomboids minor originates from the spinous processes of C7-T1 vertebrae It inserts on the medial border of the scapula, at the level of the spine of the scapula.

Both the muscles are supplied by the dorsal scapular nerve.

Both act to retract and rotate the scapula.

Rotator cuff tendonitis refers to inflammation of the tendons of the rotator cuff muscles. This usually occurs secondary to repetitive use of the shoulder joint.

Iatrogenic cause [damage during the medical procedure like lymph node biopsy or surgery] is most common cause of injury to the accessory nerve.

The most common cause of accessory nerve damage is iatrogenic (i.e. due to a medical procedure). In particular, operations such as cervical lymph node biopsy or cannulation of the internal jugular vein can cause trauma to the nerve.

To test the accessory nerve, the trapezius function can be assessed.

Axillary nerve can be injured in humeral fractures or injury due to injection injury. The deltoid muscle is wasted and the function of the abduction is affected

Muscle tears are less common and may affect deltoid and rarely teres major. Often the tendon injuries are more common and affect mainly the sportspersons. 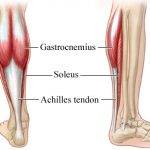 Achilles tendinosis is a condition due to repeated microtrauma which may cause stiffness, edema, weakness, and pain in the Achilles tendon. Achilles tendinosis affects sports persons [runners, gymnasts, cyclists, and volleyball players] and recreational athletes. It affects inactive people too. It is said to be a failed healing response to wear and tear rather thin […] 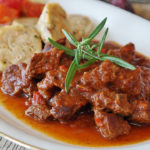 Purines are natural substances that form part of the chemical structure of our genes and the genes of plants and animals. Though these are present in many foods, a relatively small number of foods contain concentrated amounts of them. By and large, these foods are also high-protein foods. Examples are meats like kidney, fish like […]