Erythromelalgia is a rare neurovascular peripheral disorder characterized by burning pain, warmth, and redness of the extremities. The condition gets its names derived from three Greek words: erythros (red)+ melos (limb)+ algos (pain). Erythromelalgia was described in 1872 by Silas Weir Mitchell. Gerhardt described the same disease in Germany. The disease was known by Mitchell […]

Cervical spine instability is defined as the loss of ability of cervical spine under physiological loads to maintain relationships between vertebrae in such a way, that spinal cord or nerve roots are not damaged or irritated and deformity or pain does not develop. While most of the definition is explanatory, the key term to remember […] 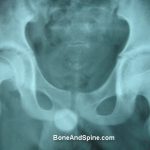 Slipped femoral capital epiphysis is the disorder of the proximal femoral physis that leads to slippage of the epiphysis relative to the femoral neck. It is one of commonest hip abnormalities in adolescence. It affects both the hips in about 20% of cases. The incidence for slipped capital femoral epiphysis is about 10 cases per […] 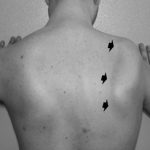